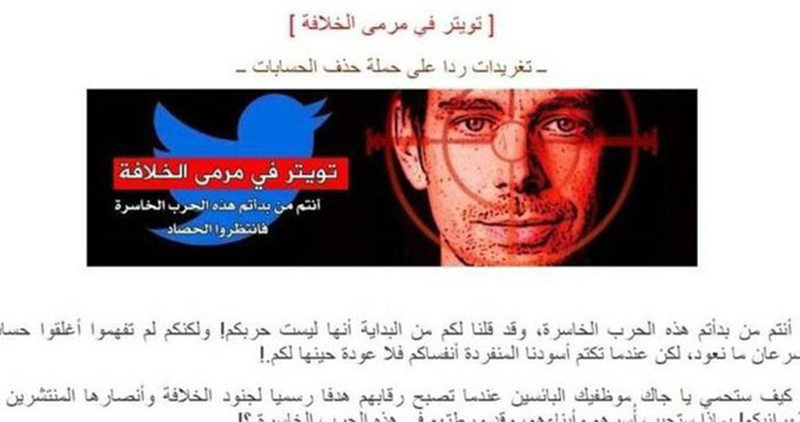 by Daily Sabah with Wires Mar 02, 2015 12:00 am
Supporters of the Islamic State of Iraq and al-Sham (ISIS) have threatened to kill Twitter founder Jack Dorsey and employees after the social media site blocked accounts belonging to the terrorist group.

Popular social media platform Twitter confirmed they investigated the death threat towards Dorsey and the employers, who were in charge of blocking accounts related to ISIS.

ISIS uploaded an Arabic statement on Justpatse.it on Sunday, which is used for ISIS propagandas, stating, "Your virtual war will cause a real war on you ... We told you from the beginning that it is not your war. However, you did not understand and kept closing our accounts on Twitter even though we come back every time. When our brave men come and take your breath, it will never be possible for you to come back to life again." The threat was posted under a picture, showing Dorsey's head in the middle of a target board.

Using many social networks for propaganda and recruiting members, ISIS had almost 45 thousand accounts; however, Twitter reportedly blocked 18 thousand of these ISIS-related accounts. It has been Twitter's policy to remove any post or account that spreads ISIS ideologies.
Last Update: Mar 06, 2015 5:44 pm
RELATED TOPICS