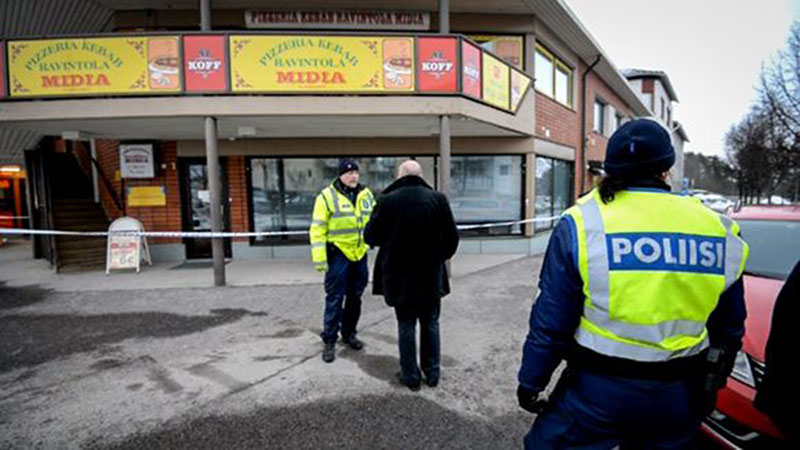 by Daily Sabah Mar 02, 2015 12:00 am
Three Turks have been murdered in the municipality of Laukaa in Finland, at a Turkish-run restaurant called "Midia", Turkish media outlets reported.

The restaurant's managers, Aziz and Asiye Şekersöz, as well as one of their employees (Kübra Turan), were reportedly stabbed to death on Sunday. The police have taken one person into custody, who was reported to be of foreign nationality.

One witness said that he had seen the suspect covered in blood calling an ambulance. The murders were committed at 1:00 p.m. local time. Aziz and Asiye Şekersöz had been living in Finland for many years and were citizens, reports said.

A relative of Şekersöz family reportedly told the Turkish daily Hürriyet that the murder probably did not stem from "racist" issues and that everyone knows one another in the municipality.

With residents of Laukaa shocked to face such a brutal murder, they are waiting for the police to give them an explanation behind the case.