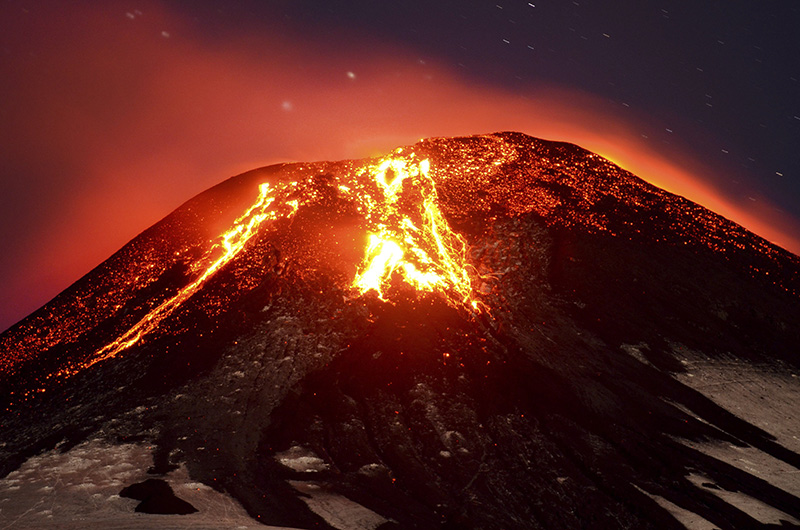 by Daily Sabah with AP Mar 03, 2015 12:00 am
One of the South America's most active volcanoes has erupted in southern Chile, sending heavy smoke high into the air and lava surging down its slopes, and forcing thousands of people living nearby to evacuate their homes.

Located near the tourist resort of Pucon, 460 miles south of Santiago, Villarrica erupted around 3 am Tuesday morning local time, according to the National Emergency Office which issued a red alert in the country. Tourists flock there for outdoor activities, including hiking around the volcano, which last had a major eruption in 1984.

Chilean authorities had issued an orange alert on Monday because of increased activity at the volcano. About 3,500 people have been evacuated so far, including tourists, said Interior and Security Minister Rodrigo Penailillo.

The government held an emergency meeting with the police and military in the presidential palace in Santiago on Tuesday to discuss the situation. President Michelle Bachelet announced that she will travel to the volcano-hit area and asked residents to remain calm.