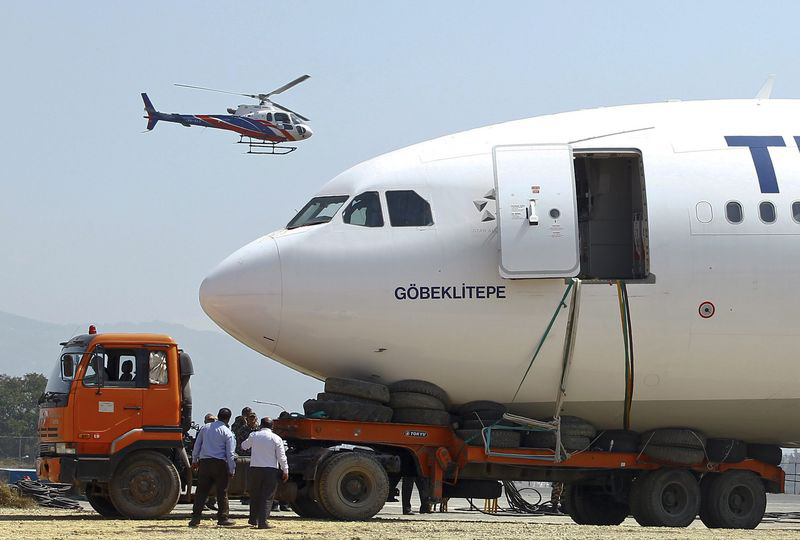 by Daily Sabah with Wires Mar 07, 2015 12:00 am
Rescue efforts of a Turkish Airlines plane, which skidded off the runway upon landing at Kathmandu airport in Nepal, has revealed the airport's lack of ability to respond the emergency situations.

Photos taken by AFP showed a rescue team sent from India trying to load a giant plane on a truck with primitive methods. Putting old truck tyres on the truck to prevent any harm, the team tied the plane up with a rope to the truck. The plane, which could not be removed from Tribhuwan Airport, the only international airport in Nepal, paralyzed air traffic as well.

It has been reported that the airport was opened for flights four days after the accident.

After the Turkish Airlines plane skidded off the runway and stuck in the ground, neighboring country India had lent a hand to Nepal, which did not have enough equipment for rescue operations. According to 2011 population census, Nepal's population is 26 million, one third of which is below the poverty line.
Last Update: Mar 07, 2015 8:05 pm
RELATED TOPICS