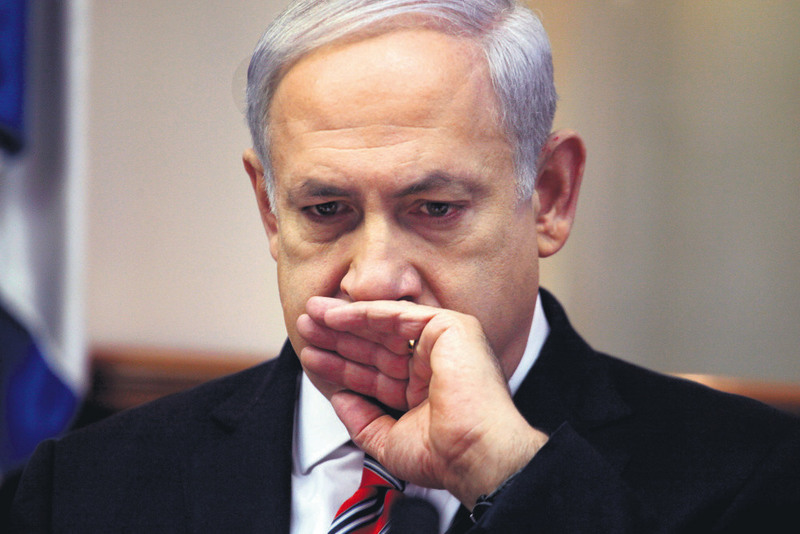 U.S.-Israeli relations, which have hit new lows recently were shaken again after WSJ reported that Israel spied on U.S.-Iran nuclear talks. The report came after the White House asked Israel to end its 50 years of occupation

The Wall Street Journal (WSJ) has reported that Israel spied on the U.S.-Iran nuclear talks. Tel Aviv has long been objecting to the negotiations and claim that Iran is the biggest threat to the region and its own security. "Soon after the U.S. and other major powers entered negotiations last year to curtail Iran's nuclear program, senior White House officials learned Israel was spying on the closed-door talks," WSJ reported. WSJ quoted anonymous officials as saying "The spying operation was part of a broader campaign by Israeli Prime Minister Benjamin Netanyahu's government to penetrate the negotiations and then help build a case against the emerging terms of the deal, current and former U.S. officials said. In addition to eavesdropping, Israel acquired information from confidential U.S. briefings, informants and diplomatic contacts in Europe. The espionage did not upset the White House as much as Israel's sharing of inside information with U.S. lawmakers and others in order to drain support from a high-stakes deal intended to limit Iran's nuclear program. It is one thing for the U.S. and Israel to spy on each other. It is another for Israel to steal U.S. secrets and then play them back to U.S. legislators to undermine U.S. diplomacy."

Netanyahu infuriated the White House earlier this month when he delivered a speech to U.S. Congress criticizing an emerging nuclear deal with Iran. An Israeli official, speaking to the BBC, described the WSJ's report as "utterly false." The official said that "The state of Israel does not conduct espionage against the United States or Israel's other allies. The false allegations are clearly intended to undermine the strong ties between the United States and Israel and the security and intelligence relationship we share," according to BBC.

The report came after White House Chief of Staff, Denis McDonough, said that the U.S. cannot ignore the statements made by Netanyahu prior to the recent elections, when he refused the two-state solution by saying that "no such [Palestinian] state would be established on his watch." "Israel cannot maintain military control of another people indefinitely," he said. "An occupation that has lasted for almost 50 years must end."

"After the election, the prime minister said that he had not changed his position, but for many in Israel and in the international community, such contradictory comments call into question his commitment to a two-state solution, as did his suggestion that the construction of settlements has a strategic purpose of dividing Palestinian communities, and his claim that conditions in the larger region of the Middle East must be more stable before a Palestinian state can be established," he said. "We cannot simply pretend that those comments were never made, or that they don't raise questions about the prime minister's commitment to achieving peace through direct negotiations," he added. British Prime Minister David Cameron also urged Netanyahu to pursue a two-state solution with Palestine during a telephone call to congratulate him over the electoral victory, a Downing Street spokesperson has said.
Last Update: Mar 25, 2015 10:42 am
RELATED TOPICS