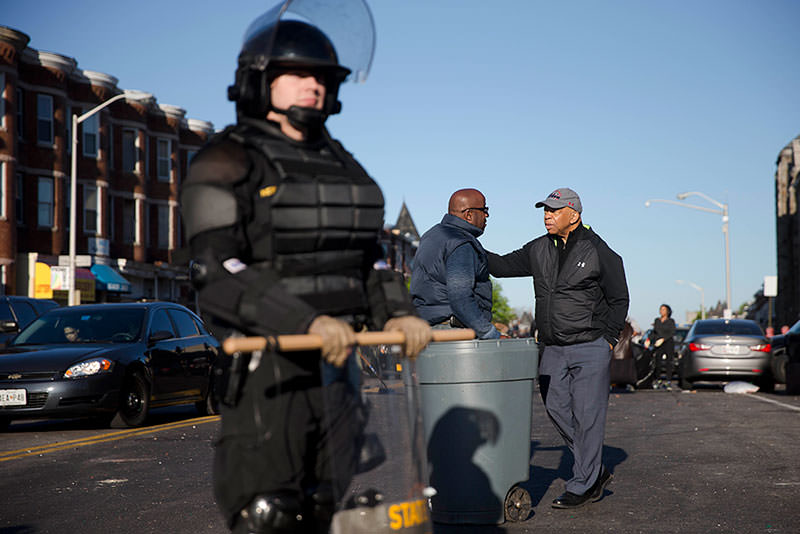 Baltimore hit by the worst civil unrest with the city’s streets filled with National Guard troops, recalling the riots in 1968 that erupted after the assassination of Martin Luther King Jr.

Riots in the U.S. city of Baltimore, Maryland, have shaken the city with violence, reminiscent of the city's 1968 riots, with racial discrimination against the black community the main issue once again.

Amid violent clashes between police and angry rioting crowds in Baltimore, turning the city into a battle zone, Maryland Governor Larry Hogan has taken extra security measures declaring a state of emergency, a city-wide curfew that began Tuesday night and deploying the U.S. National Guard to restore law and order in the city. Following the funeral of a young African-American man, Freddie Gray, clashes intensified, resulting in 15 police officers being severely injured.

Baltimore was the site of violent riots in 1968 following the assassination of Martin Luther King Jr., one of the greatest and most influential African-Americans in history and a pioneering civil rights leader who fought against discrimination to eliminate racial oppression in U.S. society. Hundreds of city and state police officers were deployed in the city and the violence ended with the killing of six people, 700 people reportedly injured and 5,800 arrested during the civil unrest.

The mysterious death of Gray, whose fatal encounter with police officers came amid a national debate over excessive use of force by police, has led to intensified demonstrations in Baltimore, turning into a massive public outcry demanding justice and an end to racial discrimination against black Americans. After Ferguson, Missouri, Baltimore has become the most recent site of racially-charged civil unrest. 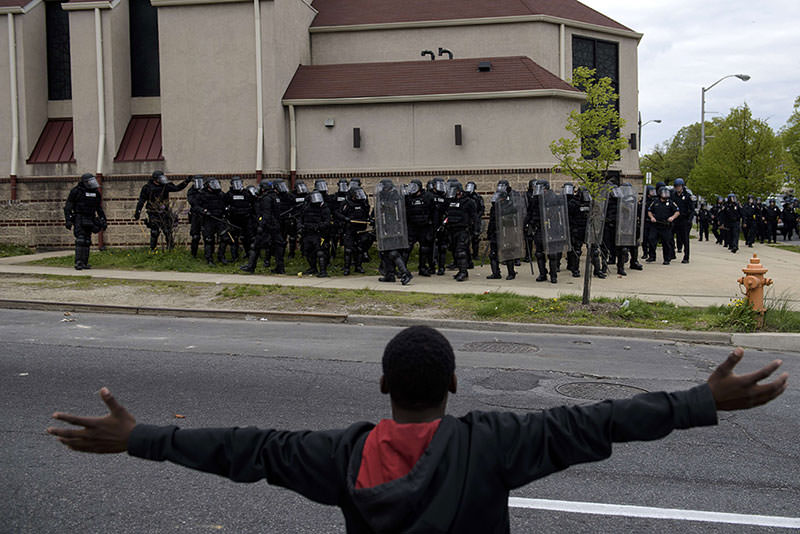 The last time the U.S. National Guard was deployed was in August 2014 in the predominantly black city of Ferguson, Missouri, a suburb of St. Louis, after the fatal shooting of the young black man, Michael Brown. The preliminary precautions taken by the local police were unable to stop the violent clashes that erupted on August 9 after Brown was shot dead, which provoked anger and frustration in the Ferguson community.

The National Guard was called in to regain control and quell the situation, as the curfew was ignored by many protesters who marched down the city's main streets to join other protests. However, serious measures taken by Missouri Governor Jay Nixon could not help quell the chaos, as has been the case in the Baltimore riots.

The National Guard was deployed several times in 1992. The violent clashes also erupted in Los Angeles, California, after the severe beating of a black man, Rodney King, by four white police officers. Although the National Guard was called in to regain control and quell the situation, more than 50 people were reportedly killed during heavy clashes between police and rioters.

Police brutality targeting black men is receiving much wider publicity in the country, including the case of Eric Garner, the Tamir Rice case in the Ohio, and Michael Brown in Ferguson in just one year. All these black men and many more died at the hands of police or in police custody.

The case of 25-year-old Freddie Gray caused many people to take to the streets of Baltimore, leading to confrontations between protesters and police. Gray died on April 19 after suffering a fatal spinal injury while in custody. Racially-charged protests across the country have shaken the U.S., as more people demand justice and an end to discrimination of black Americans.