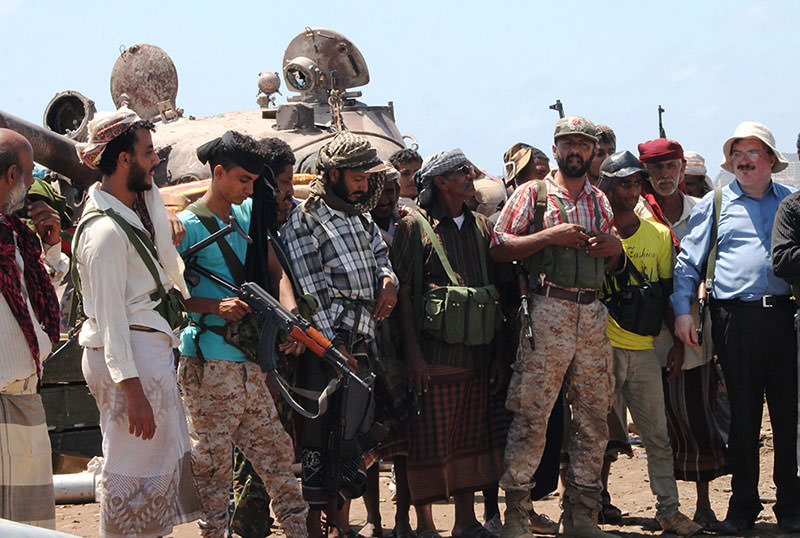 Armed tribal supporters of exiled Yemeni President Abedrabbo Mansour Hadi gather in front of a tank near the International airport in the port city of Aden (AFP Photo)
by Compiled from Wire Services May 03, 2015 12:00 am
A "limited" number of Saudi-led ground troops deployed in Yemen's second city Aden on Sunday to support loyalist militia fighting rebels, a government official and a militia commander said.

"A limited coalition force entered Aden and another force is on its way" to the southern port city, said the official who requested anonymity.

A leading member of the popular committees, a locally recruited militia loyal to exiled President Abedrabbo Mansour Hadi, told AFP that the force "will start helping us in fighting" the rebels.

The Saudi-led coalition has been conducting an aerial war against the rebels and their allies since March 26 but this is the first deployment of Arab ground troops in Yemen since Saudi Arabia and several Arab allies launched a military campaign against positions of the Shiite Houthi group across the country in late March.