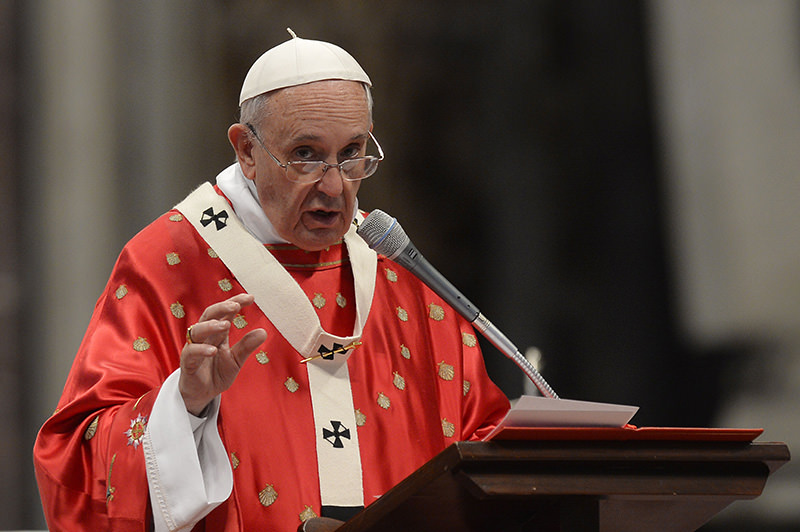 Pope Francis leads a mass on the Solemnity of Pentecost at St Peter's basilica on May 24, 2015 in Vatican (AFP Photo)
by Compiled from Wire Services May 26, 2015 12:00 am
Pope Francis has admitted that he has not watched TV for 25 years after he made a promise to the Virgin Mary. He also revealed that he does not use the Internet and reads only one newspaper for ten minutes.

In a recent interview with the Argentinian newspaper La Voz Del Pueblo, he said there was no specific reason for his decision, but he simply thought watching TV was not for him.

The Pope said he did not even watch the matches of his football team San Lorenzo de Almagro in Buenos Aires, but confessed to have a Swiss Guard to update him on match results and league table positions, the British daily Daily Mail reported on May 25.

Asked what he most missed about his life before becoming the Pope, he cited tranquility of walking the streets and going for a pizzeria, saying delivery is not the same thing.

Pope Francis was elected as the 266th Roman Catholic pontiff on March, 2014 after Benedict XVI abdicated on 28 February, saying that he was no longer able to cope with the burden of his office.
Last Update: May 26, 2015 2:26 pm
RELATED TOPICS