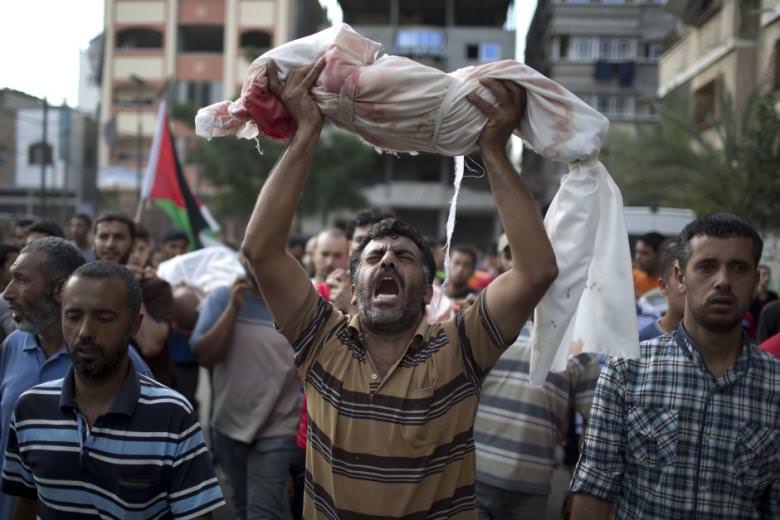 Despite calls from rights groups to include Israel on the U.N. list of shame as Tel Aviv is accused of killing thousands of children in conflicts with the Palestinians, the U.N. has chose to not change its decision

The U.N. has left Israel off its "List of Shame" of states and armed groups that violate children's rights, despite calls for such a move after the Gaza war in 2014. U.N. Special Envoy for Children and Armed Conflicts Leila Zerrougui had included the Israeli army and Hamas in a draft of the report she had sent to the secretary general, who had the final say on the black list.

A human rights group had called on Secretary General Ban Ki-moon to add Israel to the list as well as the Palestinian Islamist movement Hamas. Human Rights Watch urged Ban to resist pressure from Israel and the U.N. to keep the Israeli Defense Forces off the list. After Israel's exclusion from the list, the U.N. secretary general decided that last year's list would remain unchanged. "The unprecedented and unacceptable scale of the impact on children in 2014 raises grave concerns about Israel's compliance with international humanitarian law, notably the principles of distinction and respect for international human rights law, particularly in relation to excessive use of force," Ban said.

Israel's Permanent Representative to the United Nations Ron Prosor welcomed the decision not to include Israel on the list and said the U.N. secretary general "was right not to submit to the dictates of terrorist organizations like ISIS [Islamic State of Iraq and al-Sham], al-Qaida and the Taliban."

Permanent Observer of Palestine to the United Nations Riyad Mansour said they "deeply regret" Ban's decision to exclude Israel from the list, which "contradicts U.N. evidence." "It is without doubt that Israel systematically and grossly commits human rights violations," Mansour said.

Ahed Atef Bakr, 10, Zakaria Ahed Bakr, 11, Mohamed Ramez Bakr, 10, and Ismael Mohamed Bakr, 9, became symbol of Israeli aggression against children. The four children were hit and killed by an Israeli shell while playing in Gazan beach last summer. The attack was witnessed by scores of foreign journalists who reported the tragic death. The shells were fired from an Israeli naval gunboat in the middle of the day at a vacated area along a beach, making it hard not to notice the four children who were rushing to seek shelter after hearing the first shell striking. Ahmed Abu Hassera, 22, who witnessed the attack said, "The kids were playing football on the beach. They were all under the age of 15. When the first shell hit the land, they ran away but another shell hit them all. It looked as if the shells were chasing them."

The List of Shame was released by the U.N., and included Afghanistan, Central African Republic, Colombia, Congo, Iraq, Mali, Myanmar, Nigeria, Philippines, Somalia, South Sudan, Sudan, Syria and Yemen. According to the U.N.'s children's agency UNICEF's report, the 50-day conflict in Gaza last year saw 564 children killed along with 2,956 Palestinians who now struggle with trauma and life-long disabilities. Also, the Palestinian Liberation Organization (PLO) reported that 1,226 Palestinian's under the age of 15, were taken into custody by Israeli forces.

In the report by the GHM, 8,300 Palestinian civilians were also injured. But Israeli security forces claimed that 2,140 Palestinians were killed and only 712 of them were civilians. Furthermore, 17,200 homes, 73 mosques and 24 schools were destroyed by Israeli forces. Recently, about 15,000 Palestinians were sheltered by the United Nations Relief and Work Agencies UNRWA.
Last Update: Jun 09, 2015 10:37 pm
RELATED TOPICS