Record high of 60 million displaced by conflict, half of them children in 2014: UN 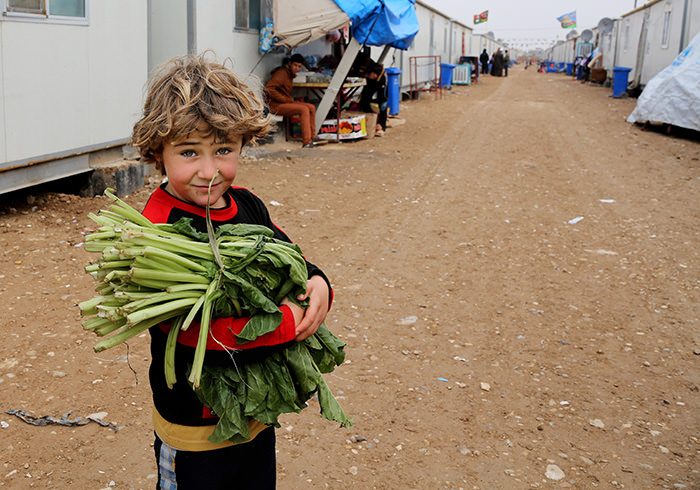 Global refugee numbers have hit record levels with nearly 60 million people forcibly displaced worldwide, the UNHRC said. Turkey has become the country taking in the most refugees in the world

Following conflicts and crises around the globe, worldwide displacement has reached the highest level ever recorded, revealing an alarming global humanitarian emergency situation, the U.N. High Commissioner for Refugees (UNHCR) warns in a report entitled "The World at War." "By end-2014, 59.5 million individuals were forcibly displaced worldwide as a result of persecution, conflict, generalized violence, or human rights violations.

This is 8.3 million persons more than the year before (51.2 million) and the highest annual increase in a single year," the report said. Among 59.5 million forcibly displaced people, 19.5 million are under refugee status, 38.2 million have been internally displaced and 1.8 million are reported as asylum seekers. Underscoring the biggest leap ever seen in a single year, "one in every 122 humans is now either a refugee, internally displaced, or seeking asylum. If this were the population of a country, it would be the world's 24th biggest," the UNHCR stressed. The report comes at a time when Europe is grappling with an unprecedented wave of new migrants crossing the Mediterranean.

"We are witnessing a paradigm change, an unchecked slide into an era in which the scale of global forced displacement as well as the response required is now clearly dwarfing anything seen before," UNHCR Antonio Guterres. "It is terrifying that on the one hand there is more and more impunity for those starting conflicts, and on the other there is seeming utter inability of the international community to work together to stop wars and build and preserve peace," Guterres added.

The UNHCR report details the number of refugees and internally displaced people based on the crises that have erupted in each region, saying: "Few of these crises have been resolved and most still generate new displacement."

While Syria has become the world's single-largest driver of displacement, one of its neighboring countries, Turkey became the country taking in the most refugees worldwide, with 1.59 million refugees, for the first time. This is followed by Pakistan with 1.51 million and Lebanon with 1.15 million. In the fourth year of the Syria's civil war, nearly 3.9 million Syrian refugees were reported in 107 countries. As a response to the burden, sharing the calls of the aid organizations, the EU unveiled a relocation scheme for 20,000 refugees mainly from Syria to get them transferred directly from camps for displaced people in the Middle East and North Africa under a deal with the UNHRC. However, the proposal has not received enough backing from EU countries.

"With huge shortages of funding and wide gaps in the global regime for protecting victims of war, people in need of compassion, aid and refuge are being abandoned," Guterres warned. "For an age of unprecedented mass displacement, we need an unprecedented humanitarian response and a renewed global commitment to tolerance and protection for people fleeing conflict and persecution."

The Mediterranean crisis and the Rohingya Muslims' suffering in Southeast Asia are two highly visible consequences of conflicts. Europe is one of the most popular destinations for migrants, refugees and asylum seekers. In terms of migratory flows, Spain, Italy and Greece serve as the doorstep to Europe, as many of them attempt to reach countries in Western Europe. Mediterranean Sea crossings continue to climb at an unprecedented level, hitting more than 10,000 since January 2015, according to the figures released by the International Organization for Migration (IOM). More than 600,000 migrants asked for asylum in the European Union in 2014.

In Europe, due to long-standing violence in war-torn eastern Ukraine, a large number of Ukrainian citizens have sought refugee status to stay in Russia. At least 180,000 Ukrainians have fled the humanitarian crisis and have applied for refugee status in Russia due to increased suffering, according to figures released in September 2014.