68 million children at risk of dying by 2030, UNICEF warns 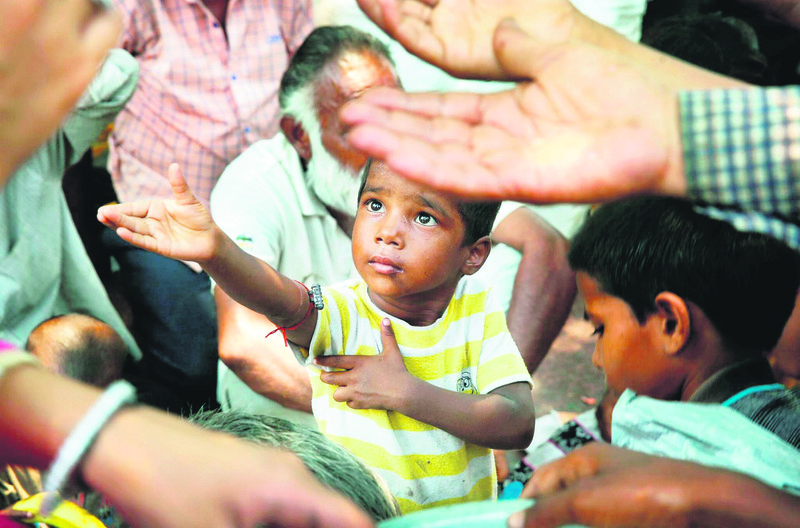 As more children suffer from violence and poverty in war-torn, poor and impoverished countries, 68 million children under 5 are at risk of dying, UNICEF has warned the global community

As the most disadvantaged victims of violence and conflicts, an estimated 68 million children younger than 5 are at risk of dying due to poverty, malnutrition, and violence, the U.N.'s children agency said in a final report on the child-related Millennium Development Goals (MDG). The report urges the global community to make efforts to improve living conditions for children in the 15-year development road map, noting "the most disadvantaged children should be at the heart of the new goals and targets."

"The MDGs helped the world realize tremendous progress for children – but they also showed us how many children we are leaving behind," said UNICEF Executive Director Anthony Lake. "The lives and futures of the most disadvantaged children matter – not only for their own sake, but for the sake of their families, their communities and their societies."

In the UNICEF report, it is estimated that "119 million children will still be chronically malnourished in 2030. Half a billion people will still be defecating in the open, posing serious risks to children's health in 2030. It will take almost 100 years for all girls from sub-Saharan Africa's poorest families to complete their lower secondary education," unless the global community provides them with "stronger local health, education and social protection systems."

In addition to global development plans, many children in conflict-ridden areas are subjected to violence, abduction, lack of education and displacement. More than half of the refugees are children, the U.N. refugee agency reports. As almost 60 million people have been displaced by conflict and violence in Middle East, Africa and Asia, children become the most vulnerable as they risk their lives to reach better living conditions in wealthier and more peaceful countries, the United Nations High Commissioner for Refugees (UNHRC) said.

"Thousands of children risk perilous journeys on their own because they believe they have no choice," said Jo Becker, children's rights advocacy director at Human Rights Watch (HRW). "The least that neighboring countries and the EU should do is to make sure they aren't abused or denied their rights when they arrive."

HRW reports that human rights abuses against children in war-torn countries are the driving factor for increasing the number of asylum seekers or migrant children seeking safety in Europe.

Over 6,100 migrant children were recorded as reaching Greece in 2014 by risking their lives in perilous sea crossings, according to figures released by UNHCR. "Of these, about 1,100 were registered as unaccompanied or traveling without family members. Actual numbers are almost certainly higher, as many children traveling alone claim to be 18 or over to avoid prolonged detention while authorities find space in shelters for unaccompanied children," HRW stated. HRW also called on European governments not to detain children on the basis of their immigration status in accordance with the Committee on the Rights of the Child. "Children forced to flee abuse or life-threatening danger and who encounter even more danger along the way shouldn't find more abuse and neglect when they arrive," said the HRW director. "Their own countries, the countries where they land, and other countries should be doing a lot more to protect and help them."
Last Update: Jun 24, 2015 12:27 pm
RELATED TOPICS