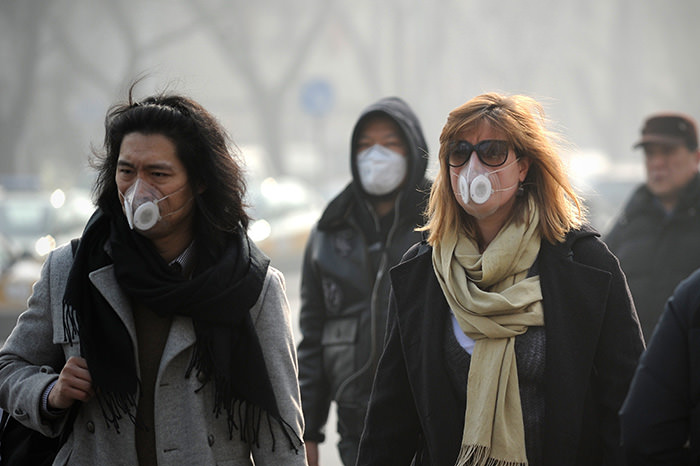 |EPA Photo
by Associated Press Aug 18, 2015 12:00 am
Muslim scholars and environmental advocates from about 20 countries on Tuesday called for a global phase-out of greenhouse gas emissions by mid-century, joining a chorus of religious leaders urging the world to take strong action against global warming.

Participants in a seminar in Istanbul said it was the first declaration of its kind from Islamic leaders, a voice many say has been missing from the debate on global warming.

"I think this declaration will incentivize ambitious actions and spur the Muslim world, especially the oil producing countries," said Mohamed Adow, a Kenyan advocate for climate action who attended the seminar.

Organizers said the declaration was "in harmony" with the pope's message and supported by the Pontifical Council on Justice and Peace.

About 60 delegates adopted the declaration at the end of the seminar, including leading clerics from Indonesia, Uganda, Lebanon and Bosnia.

It remains to be seen whether the message from the scholars is repeated by imams in mosques across the Muslim world.

"Some of them are hopelessly out of touch on this," said Fazlun Khalid of the Britain-based Islamic Foundation for Ecology and Environmental Sciences, which organized the conference together with the Islamic Relief charity.

The declaration urged rich countries and oil-producing states to lead the way in phasing out greenhouse gas emissions "no later than the middle of the century." The burning of oil, coal and gas is the main source of such emissions.

Climate activists are calling for a zero emissions goal to be included in the Paris agreement but face resistance from major oil-producing countries, including in the Middle East. Last year a Saudi representative at U.N. climate talks in Lima told AP it's unrealistic to expect a phase-out of fossil fuels in the near term, given the rapidly growing energy demands in the developing world.

"It's not something that has great support in the Arab world," said Saleemul Huq of the International Institute of Environment and Development in London. "We are trying to move the needle in the other direction and persuade the Saudis that it is the right thing."
Last Update: Aug 18, 2015 9:44 pm
RELATED TOPICS