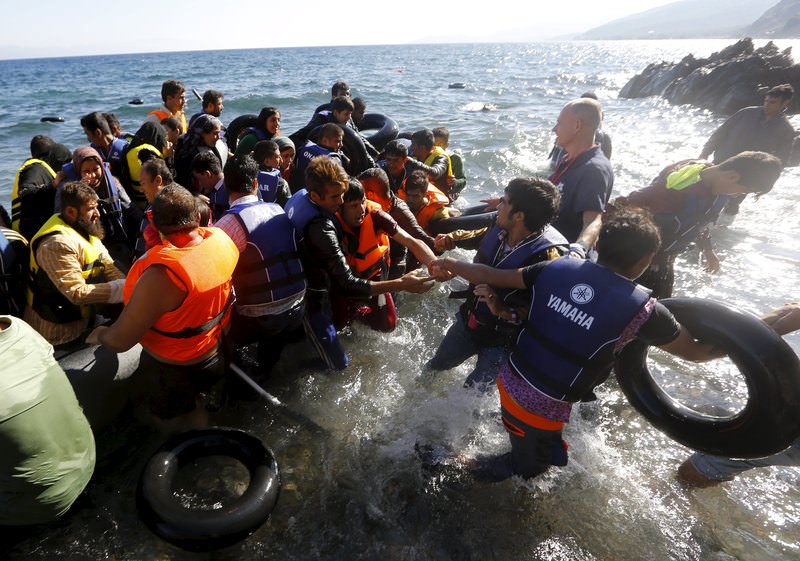 by Anadolu Agency Sep 19, 2015 12:00 am
The plight of migrants and refugees in the Mediterranean basin was added Friday to the agenda of the 70th session of the UN General Assembly upon Turkey's proposal.

"Global awareness of the tragedies of irregular migrants in the Mediterranean basin with specific emphasis on Syrian asylum seekers" will be considered during the 193-member body's yearly session that will last until September 2016.

"The dramatic situation in the Mediterranean basin ... requires a collective and comprehensive response based on principles of humanity, respect for human rights, access to asylum and protection, solidarity and burden-sharing," Turkey said in the explanatory memorandum annexed to the proposal.

The region is facing its biggest refugee crisis in decades, with thousands of asylum seekers from Middle Eastern and African countries trying to flee war and persecution.

Syrians are a majority of the asylum seekers who are trying to flee a civil war that has claimed more than 250,000 lives since 2011, and resulted in one of the largest refugee exoduses since the Second World War.

"The neighbors of Syria -- Turkey, Lebanon, Jordan and Iraq -- and other countries in the region have been bearing the brunt of the crisis since its very beginning," read Turkey's letter.

"It is neither possible nor just to expect those neighbors, or other countries in the region that host large numbers of displaced persons, asylum seekers and refugees, to face the migratory pressures and the risks and threats alone," it added.

The UN refugee agency says 95 percent of the latest million Syrian refugees have gone to Turkey, which has become the world's largest refugee hosting country. It is hosting more than 1.9 million registered Syrian refugees.