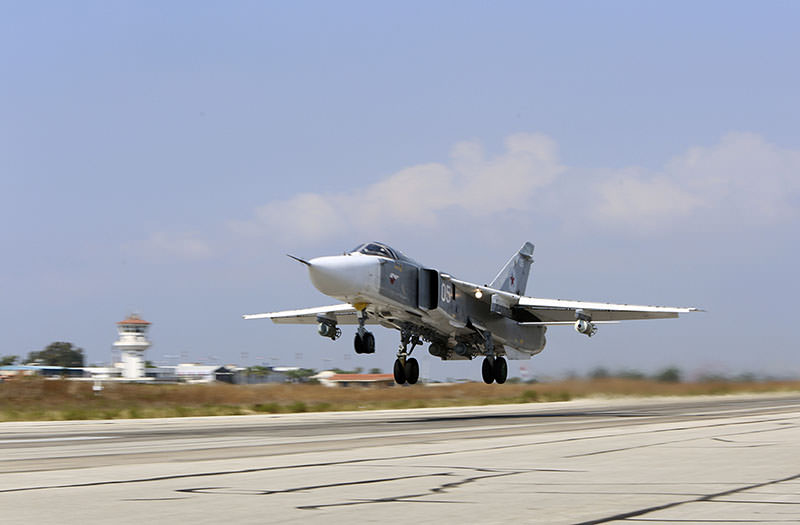 Russian Defence Ministry claimed on Monday that Russia's violation of Turkish airspace lasted a couple of seconds and was due to 'weather conditions'.

"This incident is a result of unfavourable weather conditions," the statement said. "There is no need to look for some conspiracy theories."

"The S-30 Russian fighter jet completing his planned flight on Oct. 3 entered into Turkish airspace for several seconds while it was maneuvering over mountainside to return to the Himeymim airbase," Konashenkov stated.

The Russian plane had crossed into the southern province of Hatay.

The spokesman added that the incident was by no means a type of plot.

The U.S. State Department said on Monday that an incursion into Turkish air space was "reckless" and provocative.

"Frankly, we view this incursion as reckless," State Department Mark Toner told reporters at a briefing.

He said he had since intensified diplomatic discussions to ensure that there was no accidental conflict between Russian and coalition aircrafts over Syria.

"Those conversations are even more intense now and we will see very quickly if this can be defused," Kerry said, adding that Russia had a fundamental responsibility to act in accordance with international standards.

Russia began flying combat missions over Syria on Sept. 30 following an escalation in its military support for President Bashar al-Assad's regime. Despite claiming to be targeting Daesh, the U.S. and its allies have complained of Russian airstrikes on "moderate" forces fighting Assad."A Russian Su-30 fighter jet briefly, for a few seconds, entered Turkish air space," the Russian ministry said in a statement.