by Associated Press
Nov 18, 2015 12:00 am
The DAESH group has released a photo of the bomb it says was used to bring down a Russian passenger plane in Egypt's Sinai Peninsula last month, killing all 224 people on board.

The picture was published in the latest issue of the extremist group's English-language magazine, with the caption "EXCLUSIVE - Image of the IED used to bring down the Russian airliner."

The picture showed a yellow can of Schweppes Gold soda and what appeared to be other bomb components. 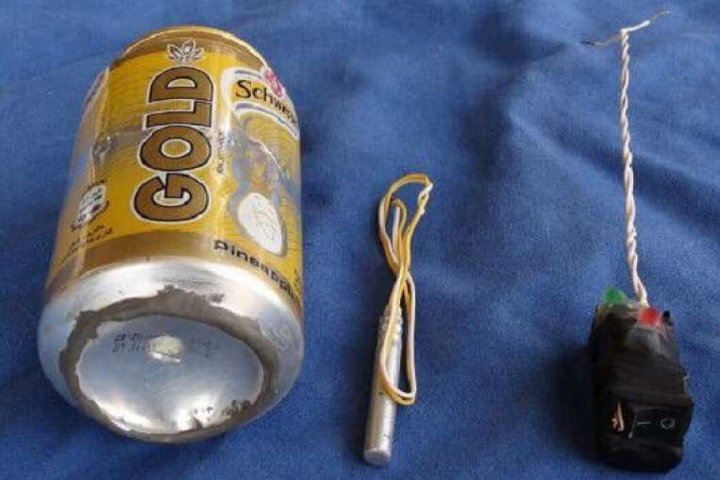 The extremist group, which has a powerful affiliate in the Sinai, had previously claimed to have downed the plane without offering further details.

Russia's FSB security service said Tuesday that a bomb brought down the plane. Most of those onboard were Russian tourists. Egypt says it is still investigating the cause of the crash.
Last Update: Nov 18, 2015 5:48 pm