OSCE calls on Vatican to drop charges against journalists 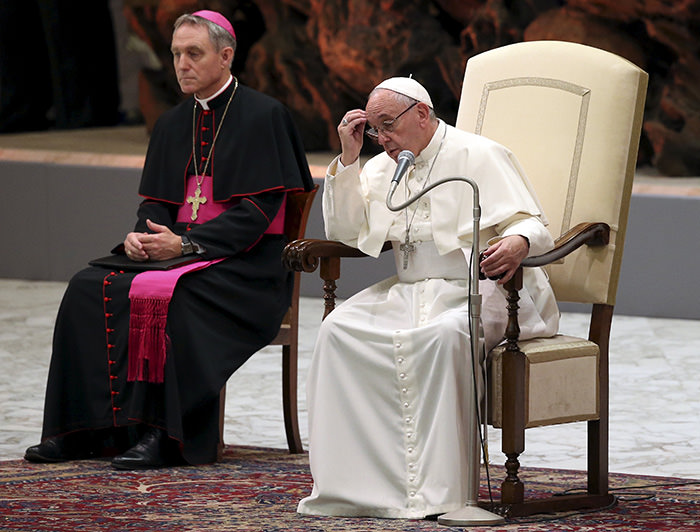 by Nov 23, 2015 12:00 am
The Vatican should withdraw criminal charges against two journalists who wrote books accusing it of corruption, the Organisation for Security and Cooperation in Europe (OSCE) said on Monday, invoking press freedom.

The Vatican on Saturday ordered five people, including two Italian journalists, to stand trial for leaking and publishing secret documents, in the latest development in a scandal which is rocking the papacy.

Causing embarrassment and anger in the Vatican, the two journalists, Gianluigi Nuzzi and Emiliano Fittipaldi, used the leaks by Vatican officials in their books, which the Holy See described as giving a "partial and tendentious" version of events.

"Journalists must be free to report on issues of public interests and to protect their confidential sources," the OSCE's representative on freedom of the media, Dunja Mijatovic, said.

"I call on the authorities not to proceed with the charges and protect journalists' rights in accordance with OSCE commitments," she said. The men face up to eight years in jail.

The OSCE is an international security and rights organisation whose 57 participating states include North American, European and Central Asian countries. The Vatican is one of them.

The first hearing in the trial is due on Thursday.