Russia not planning to wage war against Turkey, Russian For. Minister says 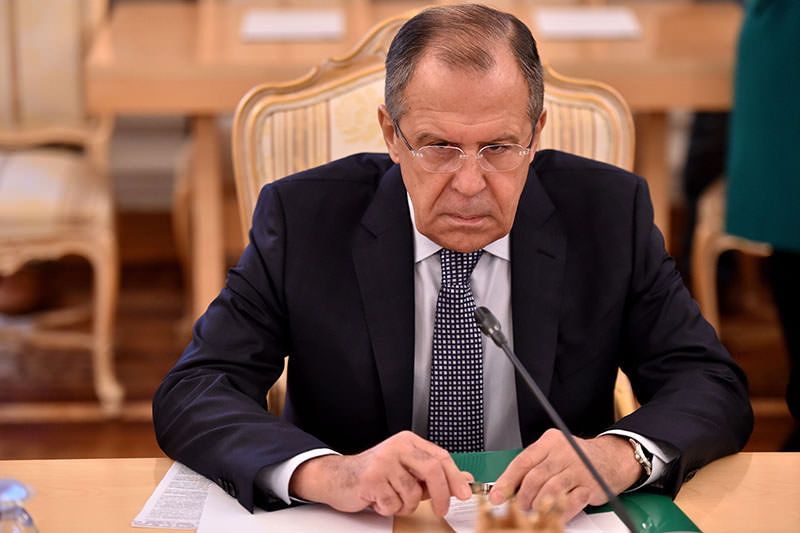 | AFP Photo
by Compiled from Wire Services Nov 25, 2015 12:00 am
Russian Foreign Minister Sergei Lavrov said Wednesday that Moscow was not planning on going to war against Turkey after Ankara's downing of a Russian fighter jet.

"We do not plan to go to war with Turkey, our attitude toward the Turkish people has not changed," Lavrov told reporters after speaking with his Turkish counterpart, but warned that Moscow would "seriously re-evaluate" its ties with Ankara.

Lavrov also backed a proposal by French leader Francois Hollande to close off the Syria-Turkey border to prevent the flow of terroristscrossing the frontier.

"I think this is a good proposal and that tomorrow President Hollande will talk to us in greater detail about it. We would be ready to seriously consider the necessary measures for this," Lavrov told journalists ahead of Hollande's visit to Moscow Thursday.

On Tuesday, Turkey shot down a Russian Su-24 warplane for violating its airspace, despite the fact that it has warned the jet 10 times within a five-minute period.

Two Russian pilots parachuted to the ground after the shooting down, and according to Russian military spokesman General Sergei Rudskoi, one had been killed by fire from the ground while Shoigu said the other had been freed by Russian and Syrian special forces and is now at a Russian airbase.