Mediterranean migrant arrivals near 900,000, decrease due to Turkish crackdown 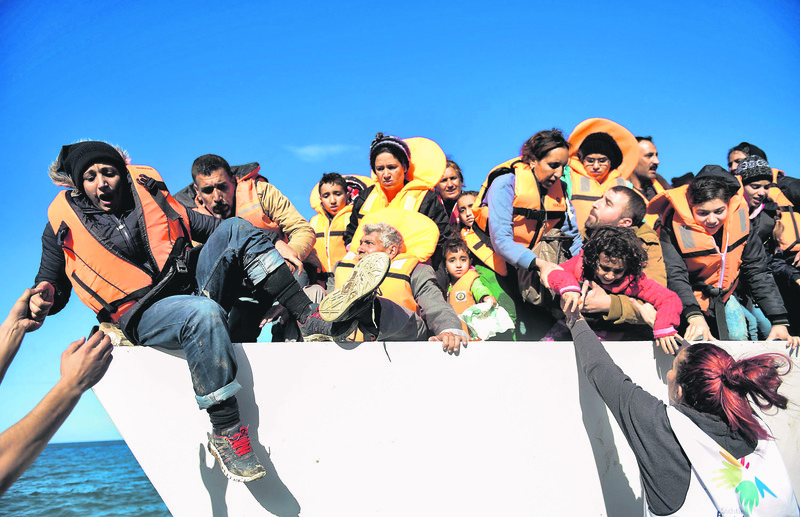 According to the latest reports, the number of refugees who have arrived in Europe has neared the 900,000 mark. However, it dropped by more than a third when compared with October due to the Turkish crackdown on smugglers as well as colder temperatures

The number of migrants who have arrived on Europe's southern shores this year is climbing towards 900,000 and includes growing numbers of vulnerable children, international organizations said Tuesday.

However, arrivals in November dropped by more than a third when compared with October to 140,000, making it the first month with a downward trend this year, according to the Office of the U.N. High Commissioner for Refugees. The decrease was due to colder temperatures and Turkish efforts to stop people smugglers, agency spokesman William Spindler said.

Along the route through the Balkans to Western Europe, Macedonian authorities have registered more than 15,000 unaccompanied minors since mid-June. Italy has seen a sharp increase of Nigerian children who are in the hands of traffickers seeking to exploit them, the International Organization for Migration said. Marie-Pierre Poirier, the top UNICEF official dealing with the European migration crisis, said, "Warm clothes, scarves and baby socks are not enough."

Tensions, meanwhile, rose at the Greek border with Macedonia, where hundreds of economic migrants remained stranded after decisions by countries further down the Balkan route to only allow Syrians, Iraqis and Afghans through to Western Europe.

Macedonian police deployed reinforcements to keep the people out and restricted access to reporters, Telma reported. Police and migrants clashed at the same place over the weekend. The migrants have also been blocking the railroad at Idomeni since they were forced to halt there November 20. The blockage has delayed about 1,800 freight train cars, many of them carrying perishable goods, a transport company said.

The migrants, mostly Middle Eastern refugees, reach Europe from Turkey, via Greek Aegean islands and its mainland. After Macedonia, they are directly shuttled to Serbia, Croatia, Slovenia and Austria, their final stop before reaching Germany.

The turmoil in the Middle East and the five-year war in Syria have led many people to flee the conflict in an attempt to seek security and shelter in a more prosperous and peaceful country, such as one in Europe. However, Europe has been slammed for lacking a collaborative response to the crisis.
RELATED TOPICS