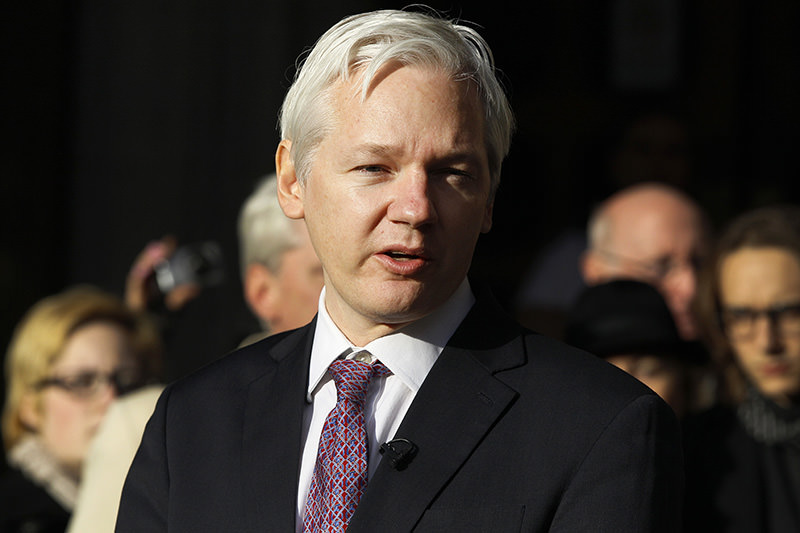 |AP File Photo
by Associated Press Feb 04, 2016 12:00 am
A United Nations panel has ruled that Wikileaks founder Julian Assange has been "arbitrarily detained", the BBC reported on Thursday.

No comment was immediately available from the United Nations in Geneva, where the U.N. Working Group on Arbitrary Detention has been considering a request by Assange for a ruling.

Writing on Wikileaks' Twitter account Wednesday night, Assange said if the U.N. finds he has lost his case against the United Kingdom and Sweden then he will turn himself into police at noon on Friday.

"However, should I prevail and the state parties be found to have acted unlawfully, I expect the immediate return of my passport and the termination of further attempts to arrest me," Assange added.

Assange, 44, is wanted in Sweden for questioning over allegations of rape in 2010, which he denies. He took refuge in the Ecuadorian embassy in London in June 2012 to avoid extradition.Wikileaks founder Julian Assange says he will accept arrest by British police if a U.N. working group on arbitrary detention decides that the three years he has spent holed up in the Ecuadorean Embassy does not amount to illegal detention.