NATO ready to fight Russia to protect US and allies: Top US general 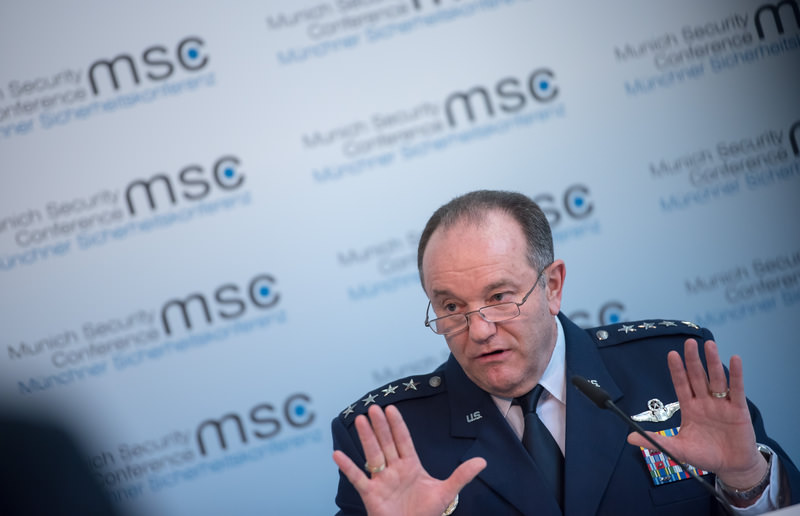 by Daily Sabah Feb 25, 2016 12:00 am
Top US Commander said on Thursday that the alliance and the United States European Command (EUCOM) are deterring Russia and ready to fight against the "long-term existential Russian threat" if necessary.

NATO Supreme Allied Commander General Philip Breedlove told the House of Representatives Armed Services Committee that Russia refused to participate in a collaborative security process with its neighbors and the international community. Instead, it had employed "hybrid warfare" to illegally seize Crimea, foment separatist fever in several sovereign nations, and maintain frozen conflicts within its so-called "sphere of influence".

"Russia has chosen to be an adversary and poses a long-term existential threat to the United States and its allies," he said.

The general added that EUCOM, with its allies and partners, is currently working to assure, deter, and defend against Russian aggression, support ongoing and future contingency operations and to counter transnational threats.

"To be clear, the United States does not seek a cold, let alone a hot war with Russia. We do not seek to make Russia an enemy, even as it may view us that way," he said. "But make no mistake -- we will defend our interests, our allies, the principled international order, and the positive future it affords us all."

The U.S. Defense Secretary recently announced that the Obama administration plans to increase spending in 2017 to $3.4 billion from $789 million for the European Reassurance Initiative (ERI), which was announced in 2014 after Russia's annexation of Crimea and incursion into eastern Ukraine.