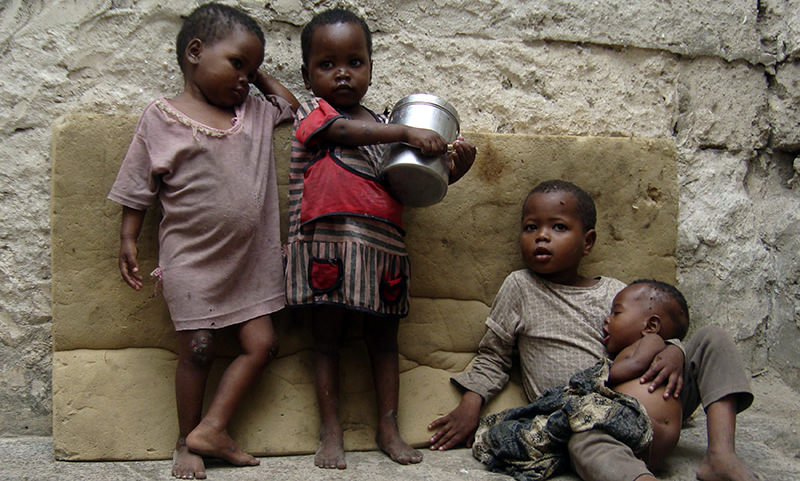 A Somali child holds his brother as they wait outside a ruined building before making their way to the internally displaced persons camps in Mogadishu, Friday, July 8, 2011
by Associated Press Mar 09, 2016 12:00 am
A new U.N. report says 34 countries, nearly 80 percent of them in Africa, don't have enough food for their people because of conflicts, drought and flooding.

In areas of Central America and the Caribbean, the report says dry conditions linked to El Nino may affect the planting of crops for the main growing season for the third consecutive year.

The report says expectations for harvests in Morocco and Algeria have also been lowered due to dry conditions.