UN urges space travel rules to be enacted within 5 years 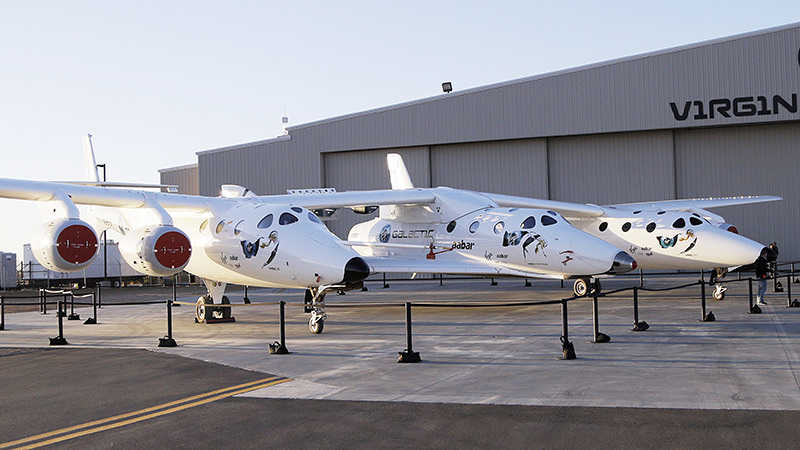 In this Sept. 25, 2013, file photo, the first SpaceShipTwo is seen suspended at center beneath its twin-fuselage mother ship at the Virgin Galactic hangar at Mojave Air and Space Port in Mojave, Calif. (AP Photo)
by Mar 16, 2016 12:00 am

The UN aviation agency called Tuesday for regulations on space travel to be enacted within five years in order to bolster a burgeoning space tourism and transportation sector.

"Personally, as an engineer, I am very excited to see the dream and theory of normalized space flight now becoming such a tangible reality," he told an aerospace symposium in Abu Dhabi.

In making its case, the agency noted an uptick in the number of spacecraft designs that have made the leap from concept to reality, saying more will follow.

The ICAO also cited a steady increase in rocket ship launches, and commercial spaceports are now becoming "operational realities," the Montreal-based agency said in a statement.

The company's SpaceShipOne was the first private spacecraft to reach the edge of space in 2004.

Meanwhile, SpaceX, owned by another billionaire, Elon Musk, has successfully launched a communications satellite into a distant orbit, but failed to land the first stage of its Falcon 9 rocket on an ocean platform earlier this month.

Rules must be put in place soon to ensure safety and security in space, as well as prevent the creation of a patchwork of regulations by individual states, the ICAO said.

The agency suggested adapting the existing regulatory framework for aviation, for which the ICAO and national governments are responsible.