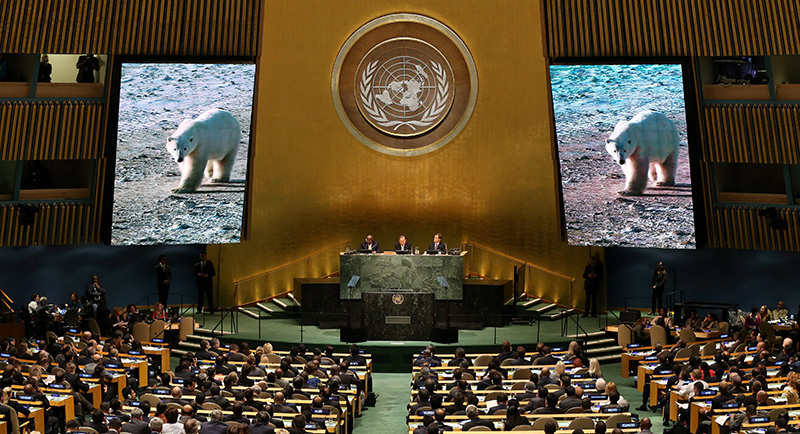 About 60 world leaders will attend an April 22 ceremony in New York opening the period for signatures on last year's Paris climate change agreement, though it remains unclear how many will actually sign the document that day.

China and the United States have said they will ink the agreement on April 22 in a step to endorse the 195-nation deal mapping out a shift away from fossil fuels towards greener energies this century.

After signing, the deal will require formal approval by at least 55 states representing 55 percent of world greenhouse gas emissions before it enters into force. China and the United States alone account for about 40 percent.

"Over 130 countries have confirmed (attendance) and some 60 world leaders including President (Francois) Hollande of France," Christiana Figueres, head of the U.N. Climate Change Secretariat, told Reuters in an e-mail.

She did not give other names. U.S. Secretary of State John Kerry is expected to sign for the United States.

Attending the ceremony does not mean that all will sign on April 22, the first day when the deal is open for formal signatures since it was negotiated in December.

Some parliaments may not have given leaders formal permission to sign on the first day.

"Not every country is perhaps ready or able to sign, but let's be patient and see," Figueres said. "The main aim here is to see pens on paper" - whether it was by a president, prime minister or other official.The Paris deal seeks to cut greenhouse gas emissions to spur a shift towards cleaner energies to limit heat waves, droughts, desertification, mudslides and a rise in sea levels.