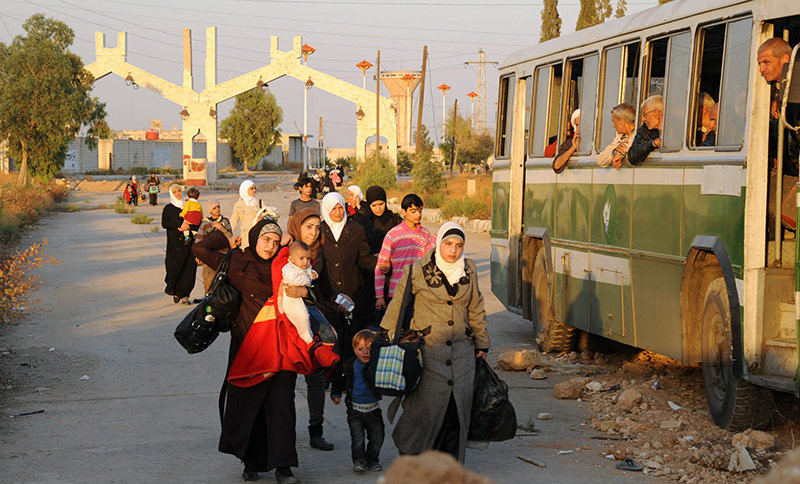 Syrian women and children arriving to be evacuated by Syria's Red Crescent from a Damascus suburb that has been under siege by the Assad forces for months (AFP Photo)
by Anadolu Agency Apr 08, 2016 12:00 am

UN Secretary-General Ban Ki-moon has acknowledged that a vast majority of violent extremism victims worldwide are Muslims while he announced plans to create a new UN system-wide action group to tackle terror threats.

Addressing a conference in Geneva Friday, Ban said: "While it is inevitable that our discussions today may draw on examples such as Daesh or Boko Haram, let us be absolutely clear from the outset: the phenomenon of violent extremism conducive to terrorism is not rooted or confined to any religion, region, nationality or ethnic group.

"Let us also recognize that today, the vast majority of victims worldwide are Muslims."

Noting that millions are fleeing their homes in horror and fear in a desperate search for safety for their families, he said: "This challenge is all the more imperative because of the growing threat that chemical, biological, radiological or even nuclear materials could be acquired and used by violent extremists. This is a clear and present danger and the UN is working to prevent such a complex emergency.

Ban along with ministers from 32 countries also attended a high-level Geneva conference on preventing violent extremism Friday at the UN Office in Geneva.