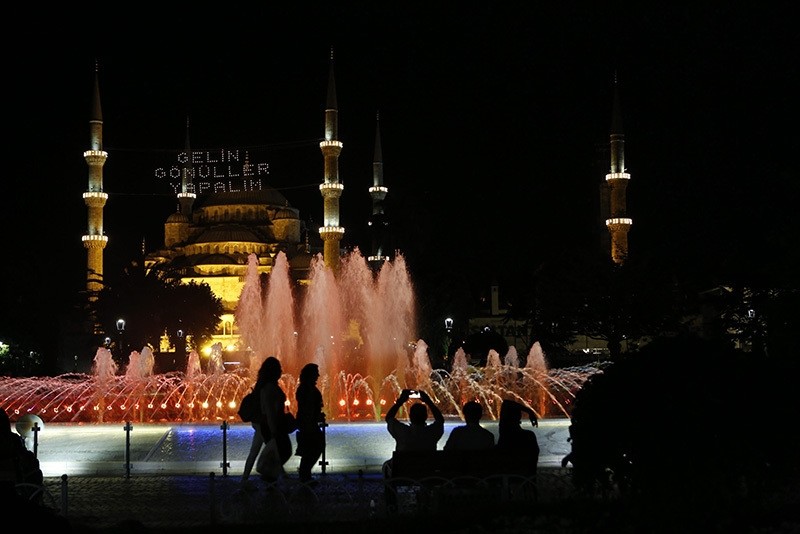 Millions of Muslims around the world on Monday marked the start of Ramadan, a month of intense prayer, dawn-to-dusk fasting and nightly feasts.

Others began fasting a day later, Tuesday, due to a slight difference in moon-sighting methodology in which some countries declare the start of Ramadan a day or two apart.

As we begin Ramadan, I wish all Muslims a blessed time of reflection, family, and good health. Ramadan Mubarak. -H


Leader of the UK Labour Party Jeremy Corbyn as well as MP and Liberal Democrat Leader Tim Farron were among other British leaders who sent Muslims in the UK as well as across the world their best wishes.

US President Obama marked the start of Ramadan by emphasizing that the U.S. must do more to help Muslims who have fled violence and poverty. "As Muslim Americans celebrate the holy month, I am reminded that we are one American family. I stand firmly with Muslim American communities in rejection of the voices that seek to divide us or limit our religious freedoms or civil rights," Obama said in a statement on Sunday.

Justin Trudeau, the prime minister of Canada, also issued a statement on Ramadan. He said: "Muslims in Canada and around the world will embark upon a month-long spiritual journey of fasting, prayer and reflection to commemorate the revealing of the Qu'ran to the Prophet Muhammad. Ramadan reminds all of us to show appreciation for the countless blessings we enjoy and to put the needs of others before our own."

Saudi King Salman on Sunday addressed Muslims around the world, emphasizing the urgent need to realize Islamic unity, in a speech read out by Minister of Culture and Information Adel Al-Turaifi. "My brothers, Islam is the religion of mercy, compassion, love and moderation, which calls for peace, justice and the renunciation of violence and extremism. We ask God in this blessed month to help the Islamic nation and the whole world to root out this scourge and eliminate it once and for all. I beseech Him to give us help and success and to accept our fasting, prayers and good deeds," he said.

London's new Muslim mayor, Sadiq Khan, wrote in the Guardian that he plans to use Ramadan to "build bridges" and break bread with Muslims and non-Muslims at synagogues, churches and mosques, though he acknowledged that 19-hour fasts during the longer summer days in Europe and forgoing coffee will be challenging.

Famous personalities from all over the world have also sent their Ramadan greetings to all the Muslim communities worldwide.

Ramadan Mubarak to everyone celebrating.. May we all be blessed with love peace and prosperity....

Happy Ramadan to all 1.6 Billion of my Muslim brothers and sisters! Stay hydrated!

Ramadan Mubarak to all our Muslim fans around the world. #Ramadan #mufc pic.twitter.com/OMRdPeIfwl

#Ramadan has started, #ACMilan wishes happy Ramadan to all of you. #weareacmilan

WWE Superstar @iLikeSamiZayn has a special message for the Muslim members of the @WWEUniverse! #RamadanKareemhttps://t.co/AvEuvFIoKF