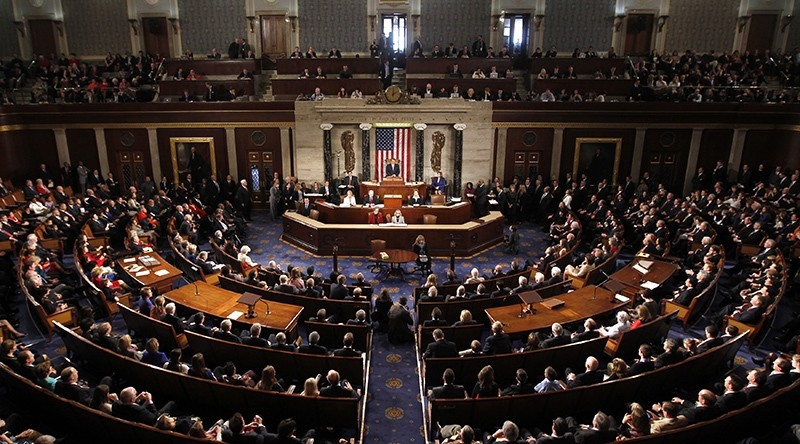 Lawmakers backing the release of the 28 still-secret pages of a 2002 congressional report about the attacks of Sept. 11, 2001, are asking House Intelligence Committee leaders to declassify them by simply publishing them in the Congressional Record.

President Barack Obama has promised to release at least part of the documents, which are believed to address possible Saudi connections to the hijackers. James Clapper, national director of intelligence, was to review the classified pages — a review that was ordered in the summer of 2014. So far, they have remained secret, kept in a secure room in the basement of the Capitol.

"I have read these pages and can say that while their release will not harm national security, the contents are critical to our foreign policy moving forward," Rep. Walter Jones, R-N.C., said in a statement Wednesday. "That is why I have introduced a resolution that would enable the House Committee on Intelligence to declassify the 28 pages. ... It is more critical than ever for the American people to know what led to the tragic attacks on Sept. 11, 2001, and I urge my colleagues on the House Intelligence Committee to release the pages."

Neither the congressional inquiry nor the subsequent 9/11 Commission found any evidence that the Saudi government or senior Saudi officials knowingly supported those who orchestrated the attacks that killed nearly 3,000 people. But lawmakers and relatives of victims think there is reason to further probe possible Saudi links to the attacks.

Fifteen of the 19 Sept. 11 hijackers were citizens of Saudi Arabia. The Saudi government says it has been "wrongfully and morbidly accused of complicity" in the attacks, is fighting terrorists and working to clamp down on their funding channels. Still, the Saudis have long said that they would welcome declassification of the 28 pages because it would "allow us to respond to any allegations in a clear and credible manner."