Huge crowds across the world protest attempted coup in Turkey 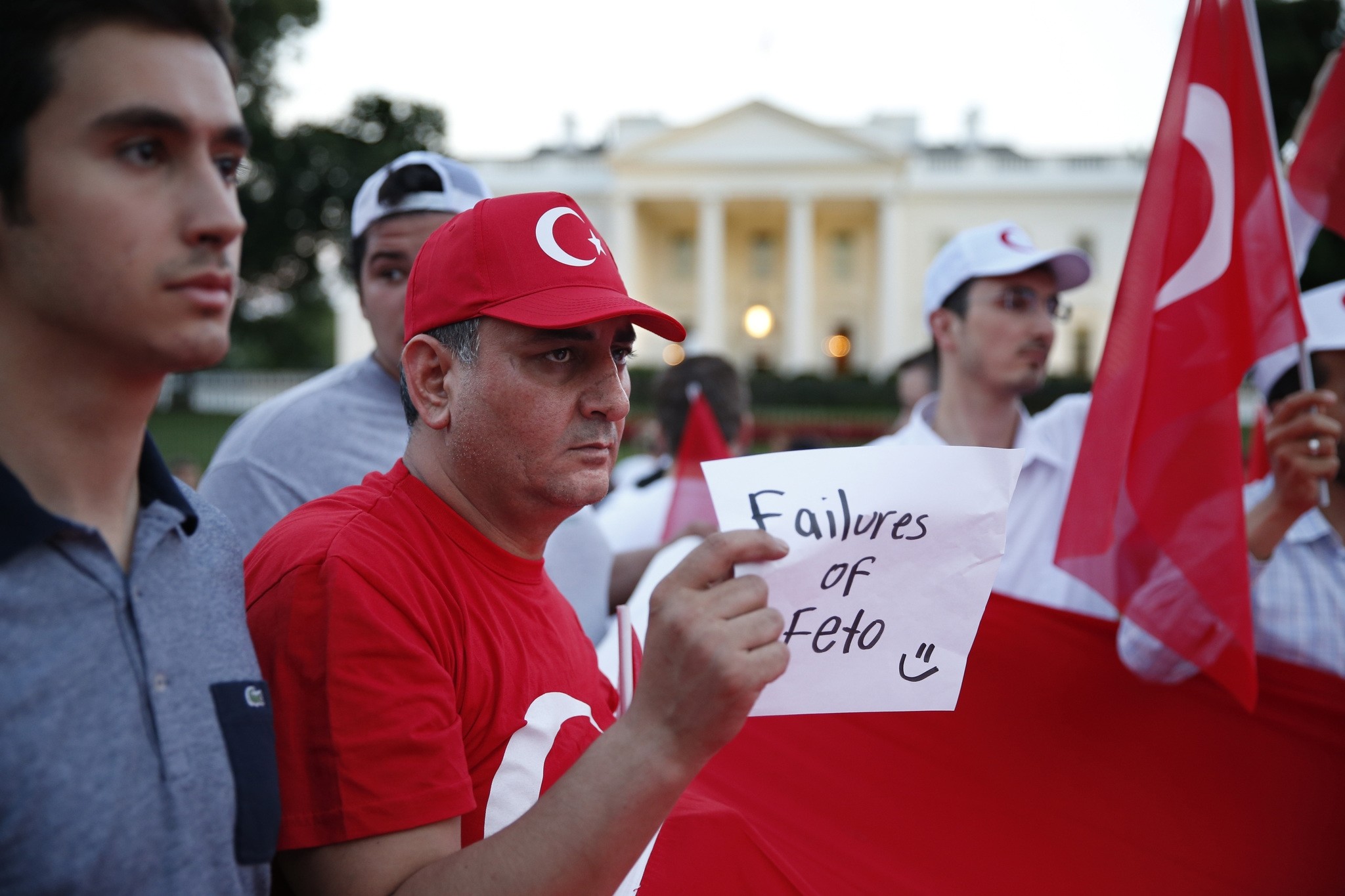 Demonstrators with Turkish flags at a demonstration against the failed attempted coup in Turkey, outside the Turkish embassy in Berlin, Germany, 16 July 2016.
by Daily Sabah with AA Jul 16, 2016 12:00 am

Tens of thousands of people in cities all across the world, from the United Sates to Europe, took to the streets to protest Friday's failed military coup attempt in Turkey.

In France, just days after suffering the Nice terrorist attack, more than 500 people gathered at the Place de la Republique in Paris to protest the attempt to overthrow Turkey's democratically elected government.

Demonstrators carrying a large Turkish flag chanted slogans such as "Everything for the country" and "Martyrs don't die."

In Brussels, people outside the Turkish Embassy chanted slogans against the failed coup. Hasan Koyuncu and Şevket Temiz, ethnic Turkish members of the Belgian Parliament, also attended the demonstrations in the EU capital to show their support.

Thousands of people also gathered in Berlin to protest the coup attempt. People sang the Turkish national anthem and chanted slogans against Fetullah Gülen, leader of the FETO/PDY terrorist group, which has been blamed for the coup.

In the U.K., hundreds of people gathered in London to protest the coup. Not only the expatriate community but people from Syria, Egypt, and Pakistan also came out to show their support to the Turkish nation. 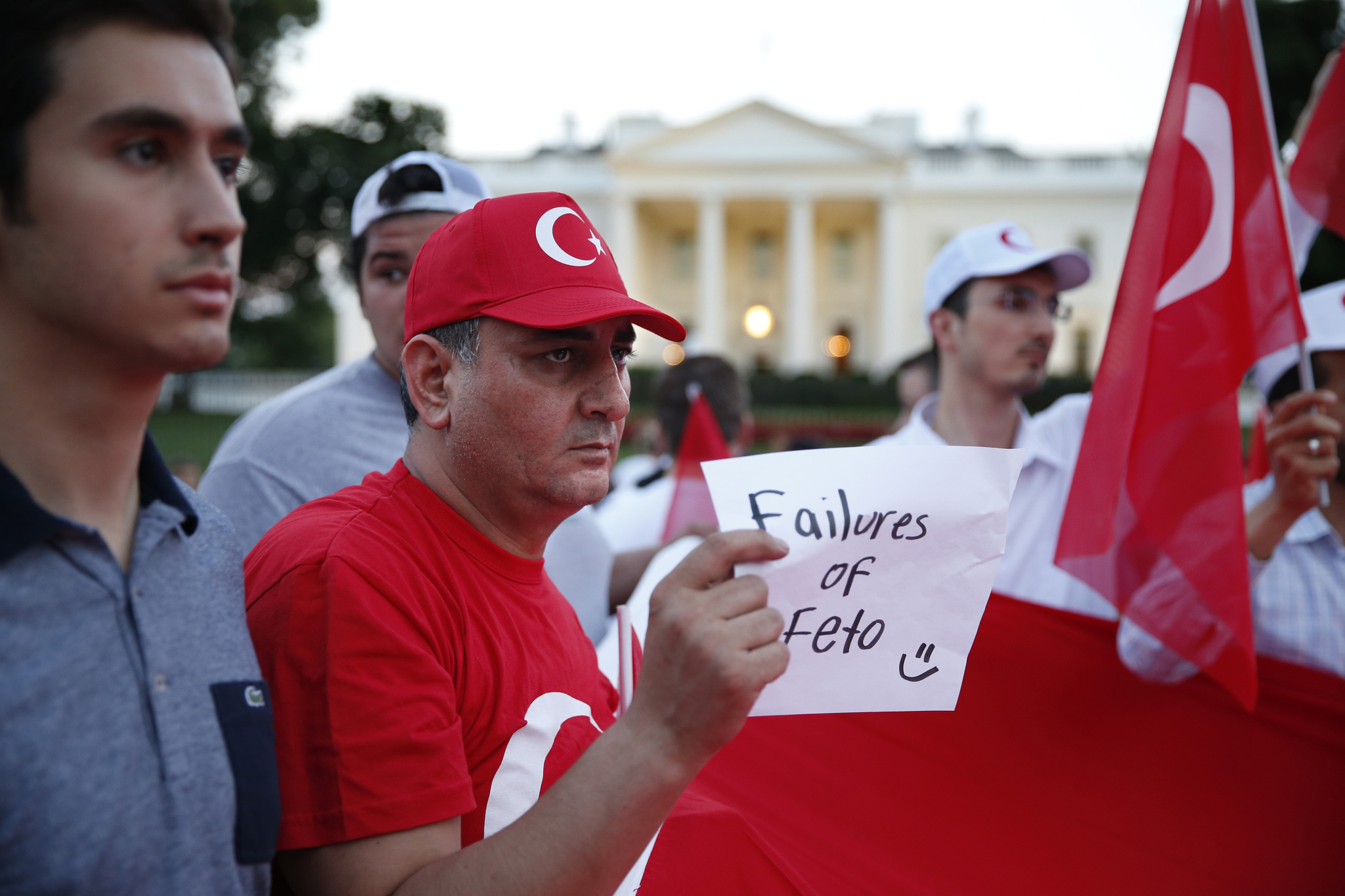 Erdoğan previously had thanked the people of Kilis for their hospitality and embracing Syrians fleeing conflict saying ''Turkey is your home too,'' while adding that the emotional borders of Turkey surpassed its official borders. 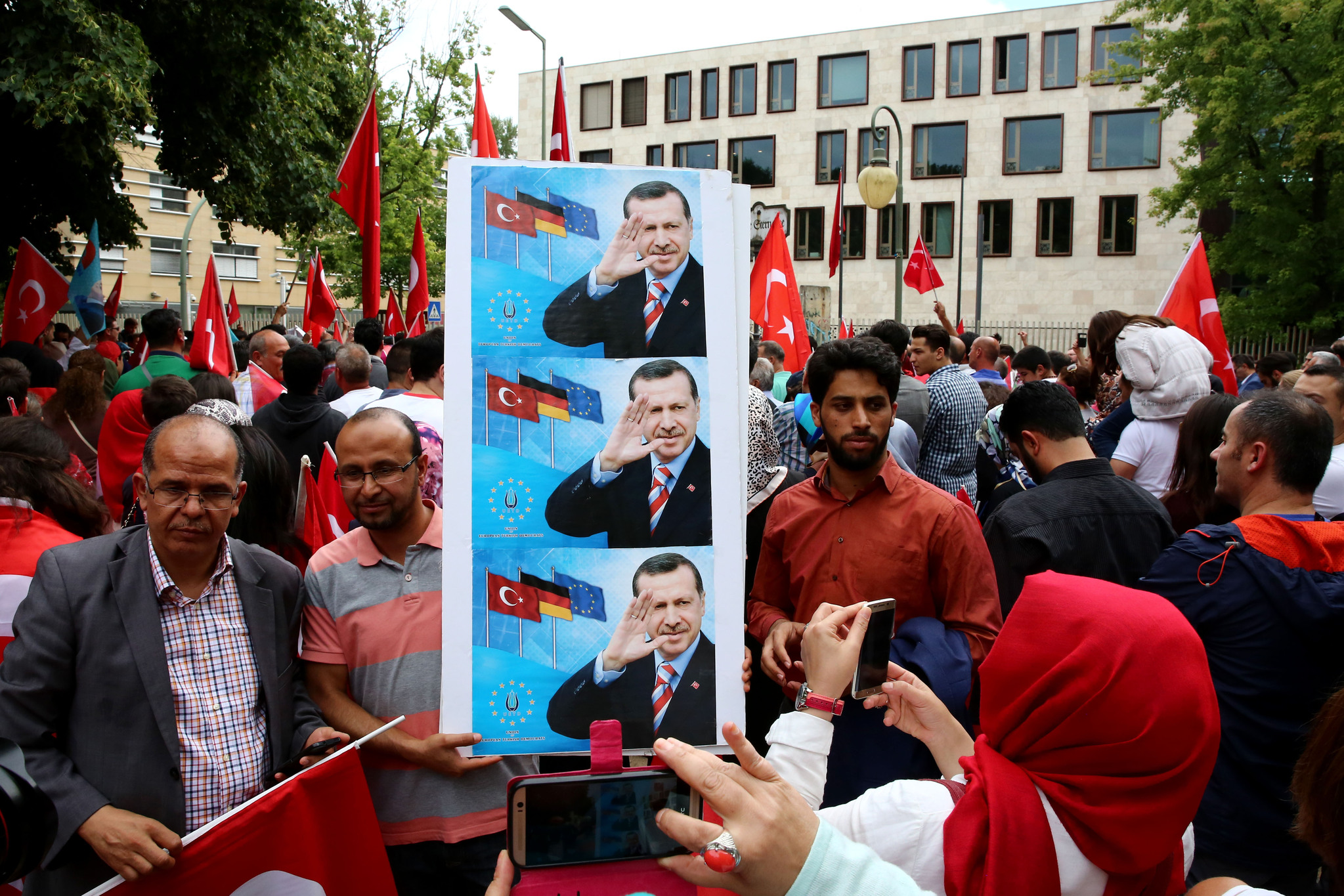 The Federation of Islamic Organisations in Europe (FIOE) also issued a statement condemning the attack, saying that it "stands in full solidarity with the noble Turkish people and their democratically elected government."

It added, "FIOE also salute the steadfastness of all components of the Turkish population, the variant civil and political forces that united in the night of honour, in the face of the brutal coup."

On Friday night, renegade elements within Turkey's military attempted to stage a coup against the government.

Although the coup was soon put down by the country's legitimate authorities and security apparatus, some 161 people were killed in the violence, according to Prime Minister Binali Yildirim.

Some 2,839 military personnel involved in the coup attempt have been arrested, and 20 pro-coup soldiers, including some senior officers, were killed in the attempt to overthrow the government.

The government has said the coup bid was organized by followers of U.S.-based preacher Fetullah Gülen, who is accused of a longstanding campaign to overthrow the government through supporters within the Turkish state, particularly the military, police and judiciary.