UNSC agrees on Antonio Guterres as next UN secretary-general 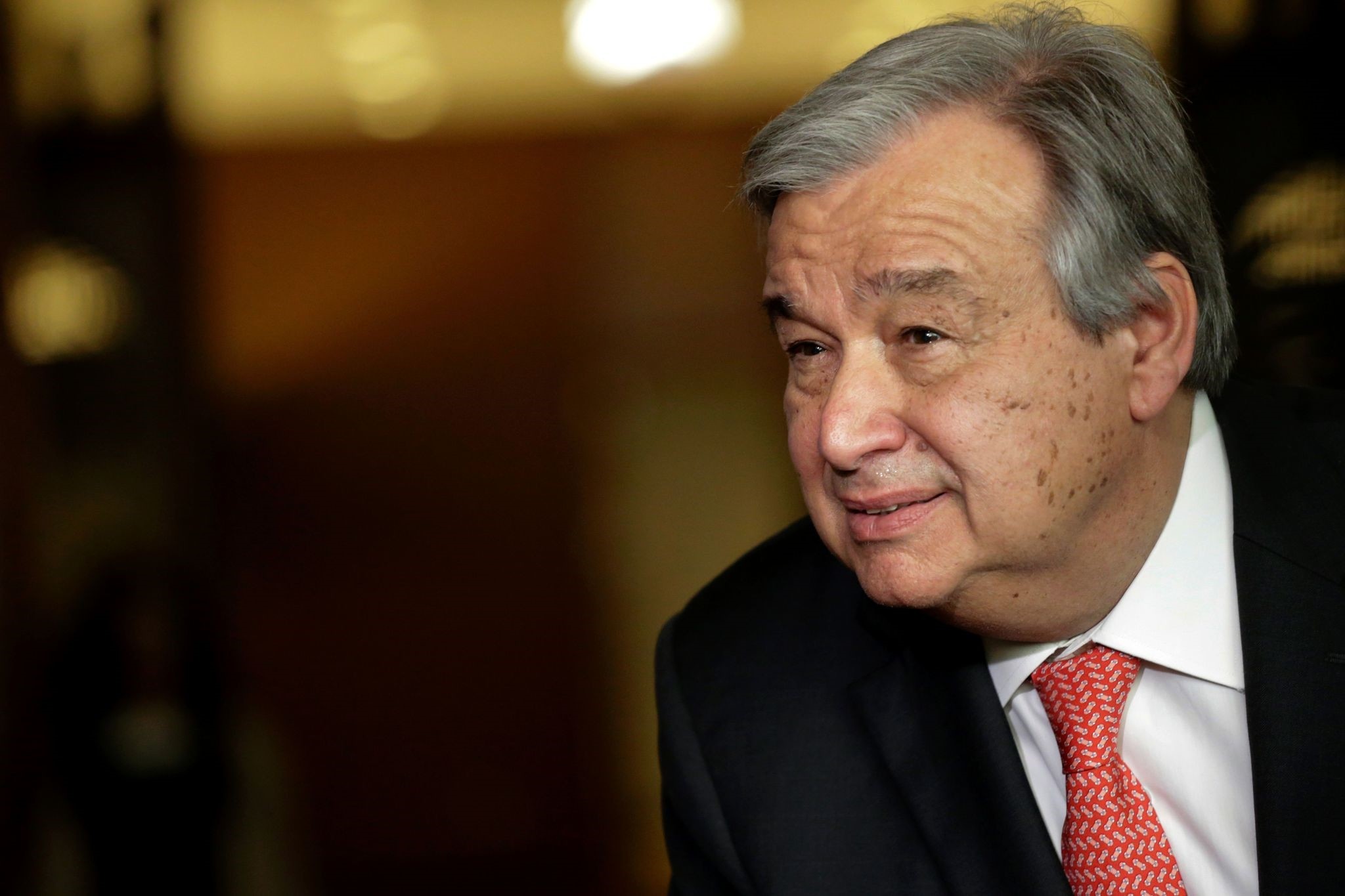 This file photo taken on April 12, 2016 shows Antonio Guterres speaking to reporters on the selection of the next UN Secretary-General at the UN headquarters in New York. (AFP Photo)
by Associated Press Oct 05, 2016 12:00 am

The Security Council has unanimously agreed that Portugal's former prime minister Antonio Guterres should be the next U.N. secretary-general.

Russia's U.N. Ambassador Vitaly Churkin made the announcement to reporters Wednesday surrounded by ambassadors from the 14 other council nations after they held their sixth informal poll of the 10 candidates behind closed doors.

Guterres, who served as the U.N.'s refugee chief until last December, led all five previous polls. Diplomats said in the sixth poll, where the five veto-wielding council members used different colored ballots, he received 13 "encourage" votes, no "discourage" votes and two "no opinion."

Churkin said that the council will meet Thursday morning to formally approve Guterres and recommend his candidacy to the 193-member General Assembly which must give final approval.