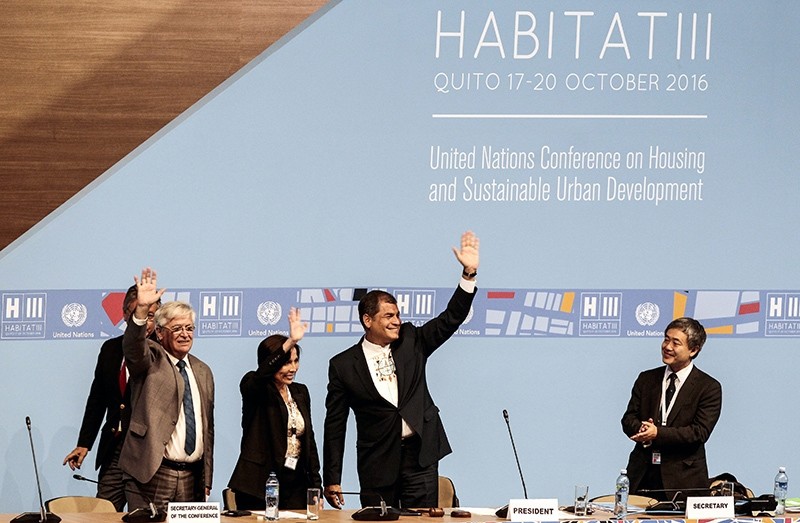 New global guidelines on how to solve problems stemming from the rapid growth of cities have been set down at the United Nations Conference on Housing and Sustainable Urban Development held in the Ecuadorean capital Quito.

The new non-binding "Urban Agenda," which will act as a guideline for planners and decision makers when it comes to urban development in the coming decades, was reached on Thursday on the final day of the conference, known as Habitat 3.

"With the city development agenda, the international community is committing itself to the strengthening of cities," said German Building Minister, Barbara Hendricks.

Cities are thus better able to combat poverty and strengthen themselves against climate change, she added.

However, climate and urban expert Lisa Junghans, from the NGO Germanwatch, criticized parts of the new agenda for their lack of concrete details.

"Measurable goals as well as criteria, which could assess the agenda, are completely missing," Junghans said.

Exactly how the agenda will help cities increase sustainability and quality of life remains to be seen, she added.

Some conference participants were also critical of the agenda's lack of proposed solutions for social problems.

"Transforming our world for the better means transforming our towns and cities," UN Secretary General Ban Ki-moon said Monday at the conference's opening.

Today more than half of the world population lives in cities, where approximately a quarter of residents live in slums or informal settlements, often in precarious conditions, Ban said.

Representatives from some 190 states took part in the conference. It was the third Habitat meeting, the first two having been held in 1976 and 1996.