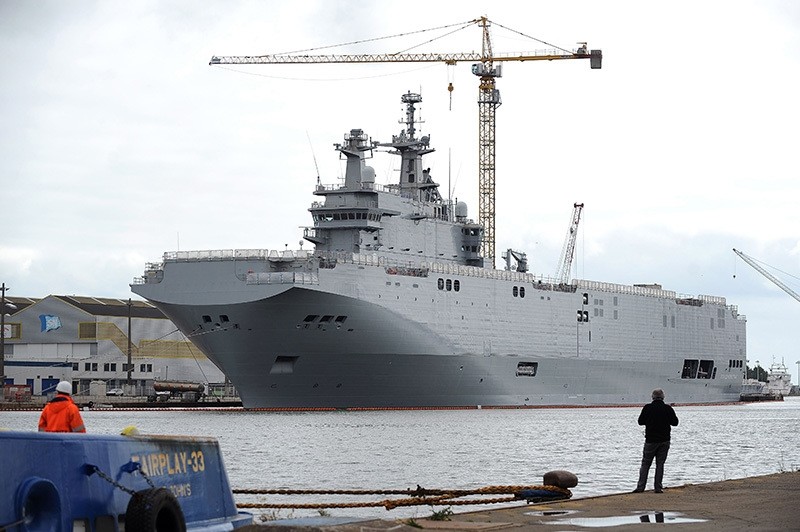 This file picture taken on May 9, 2014 shows the Vladivostok warship, a Mistral class LHD amphibious vessel ordered by Russia to the STX France shipyard in Saint-Nazaire, western France. (AFP Photo)
by Associated Press
Oct 21, 2016 12:00 am

Poland's defense minister said he thinks Egypt has sold two French-made Mistral warships to Russia for the symbolic price of $1, a claim Russia on Friday dismissed as "nonsense."

Antoni Macierewicz made the assertion during a parliamentary debate on Thursday. He later told reporters he had the information "from good sources," but did not reveal any other details.

On Friday, Macierewicz added that "if Egypt would now withdraw from this operation, it would be a gain for world peace" and a good lesson for Russia.

France had originally built the two ships for Russia, but the sale was canceled after Russia's annexation of Ukraine's Crimean Peninsula. France refunded the 950 million euros ($1 billion) already paid by Russia and sold the ships to Egypt.

Macierewicz's comment comes amid strained ties between Warsaw and Paris due to Poland's cancellation of a $3.5 billion deal to buy French-made military helicopters.