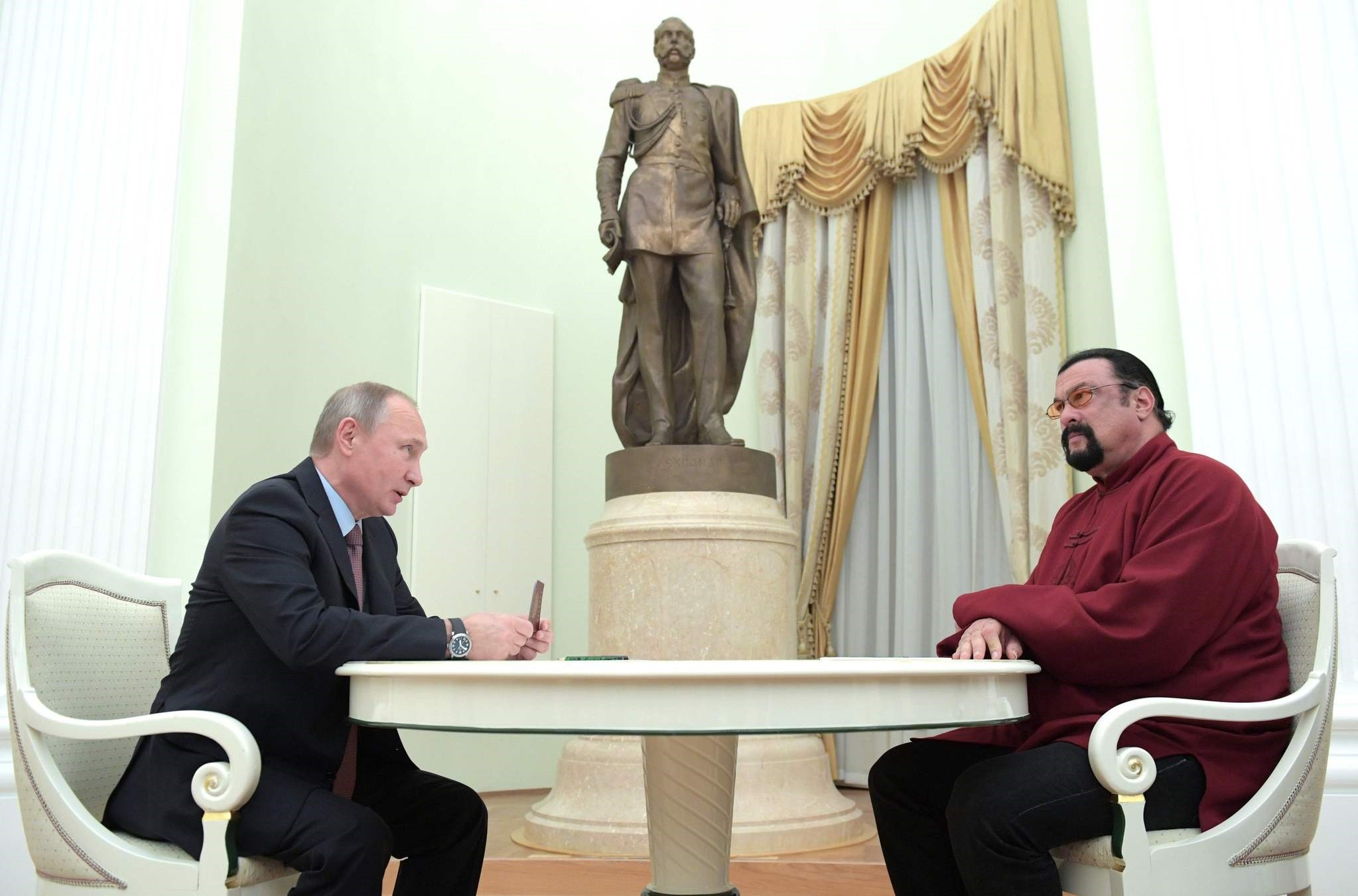 Russian President Vladimir Putin presented a Russian passport to U.S. actor Steven Seagal on Friday and said he hoped it would serve as a symbol of how the fractious ties between Moscow and Washington are starting to improve.

At a Kremlin ceremony where Seagal signed his new passport in front of Putin, the Russian leader said: "I want to congratulate you and express the hope that this is another, albeit small, gesture and it might be a sign of the gradual normalization of relations between our countries."

When Putin then asked how he was doing, the actor replied that "everything is good. We will talk later. For now just honored to be here."

Putin, a fan of the kind of martial arts that Seagal often practices in his Hollywood action movies, signed an order at the start of this month to grant Russian citizenship to Seagal.

At the time, a Kremlin spokesman cited Seagal's "warm feelings towards Russia" and his celebrity as the reasons for granting the gesture.

For more than a decade Seagal, who according to his own website is 64, has been a regular visitor to Russia. His movies, including such titles as "Under Siege" and "Sniper: Special Ops," are popular with Russian audiences.

Seagal is the latest Western celebrity to have been given a Russian passport in the past few years. In 2013, Gerard Depardieu, a French actor, was given citizenship by Putin.

In the past two years, relations between Russia and Washington have deteriorated to their worst level since the Cold War as a result of the armed conflicts in Ukraine and Syria, where Moscow and Washington backed opposing sides.

Putin has expressed hope that, with the election of Donald Trump as the next U.S. president, relations will improve. Putin has praised Trump's personal qualities, and the U.S. president-elect has said he wants friendly ties.