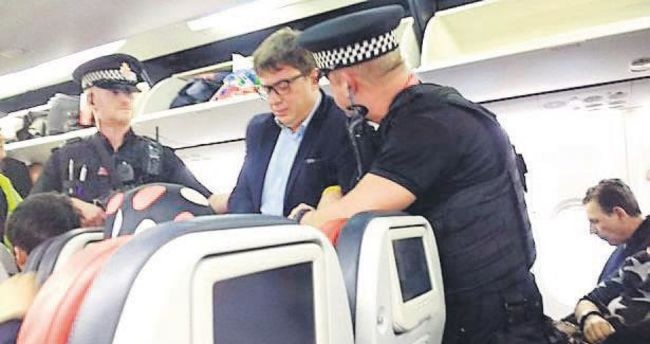 A Belgian passenger flying on the Turkish Airlines flight from Istanbul to Manchester was arrested by the British police in Manchester airport after he attacked the flight attendant on the plane, according to a report published by Turkish Sabah daily on Monday.

The passenger, Lardinois, who was reportedly drunk as he was attacked the 24-year-old Turkish flight attendant on the TK-1995 flight, was sentenced to six months in prison by a British court.

According to other passengers on the plane, the drunk attacker also smoked in the toilet of the plane.

British police arrested the attacker on the Manchester airport after the pilot landed the plane due to the incident.

City of Salford Court sentenced the attacker to six months in prison and banned him from flying for two years and imposed a fine of 600 pounds.