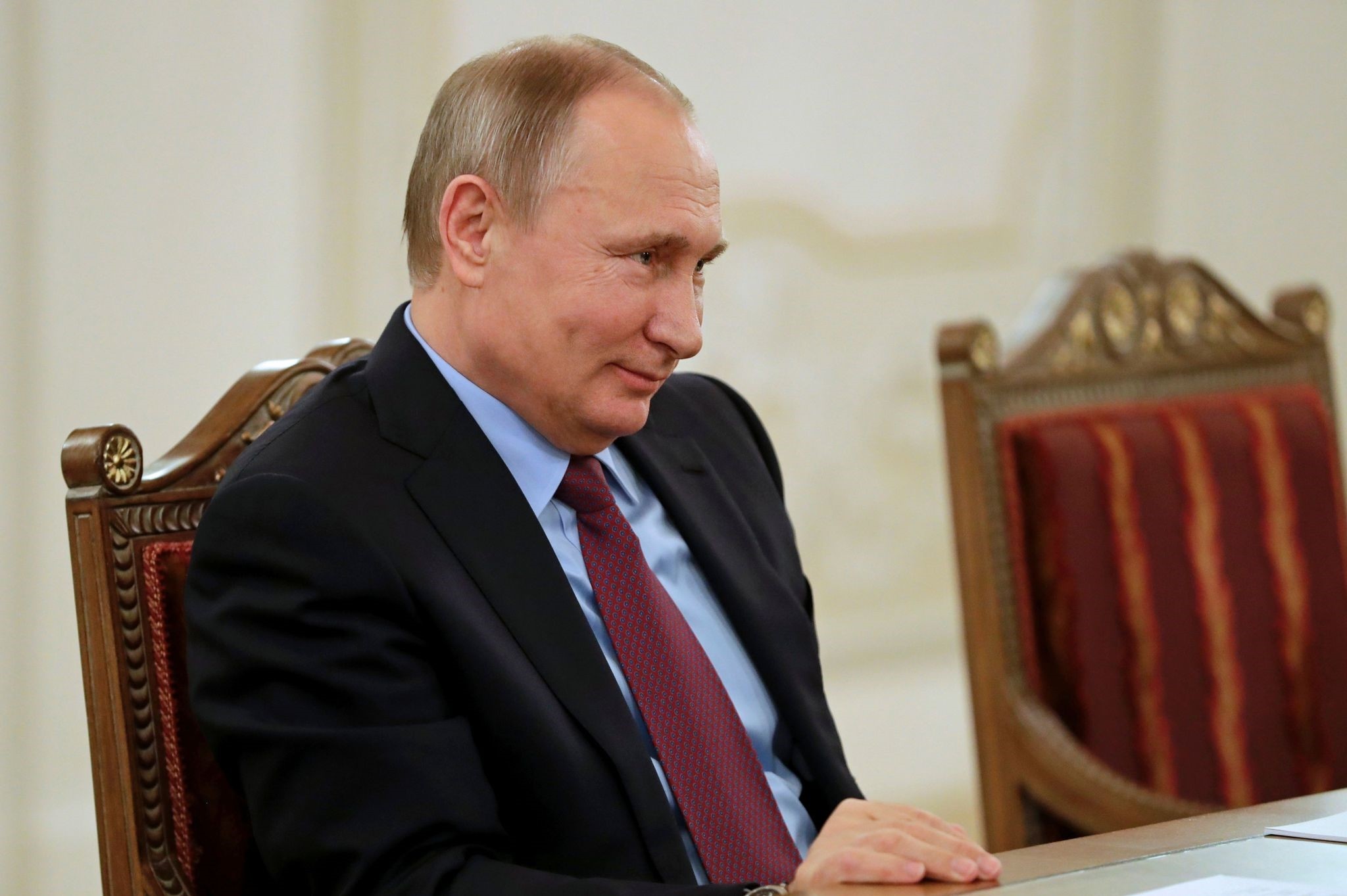 Russian President Vladimir Putin smiles during a meeting with Japanese Foreign Minister in Saint Petersburg on December 2, 2016. (AFP PHOTO)
by Dec 05, 2016 12:00 am

President Vladimir Putin in an interview aired Sunday called US President-elect Donald Trump intelligent and predicted he would quickly grasp his new level of responsibility and act accordingly.

"Since he managed to achieve success in business, that shows he is a clever person," the Russian strongman said in an interview with NTV television that has already aired in the country's far east, quoted by TASS news agency.

"If he's clever, that means he willfully and quite quickly grasp a different level of responsibility."

Putin said that Russia "expects that he will act precisely on this basis."

The Kremlin said last month that the two men agreed, in their first phone call after Trump's election win in November, on the need to "normalize" Russia-US relations.

Putin on Thursday reiterated Moscow's readiness to work with Trump's administration once the president-elect takes office in January.

"It is important to normalize and start to develop bilateral relations on an equal and mutually beneficial basis," Putin said in his annual state of the nation address.

Trump has praised Putin's leadership and said he looks forward to "a strong and enduring relationship with Russia."

During the US election campaign, Putin praised him for appealing effectively to disenchanted American electors.

"He represents the views of a significant part of society in the United States that is tired of those elites who have been in power for decades," he said in October.

"He just represents the interests of such ordinary people, and he presents himself as an ordinary guy who criticizes those who have already been in power for decades."