Moscow opts to wait for Trump's presidency to restore ties 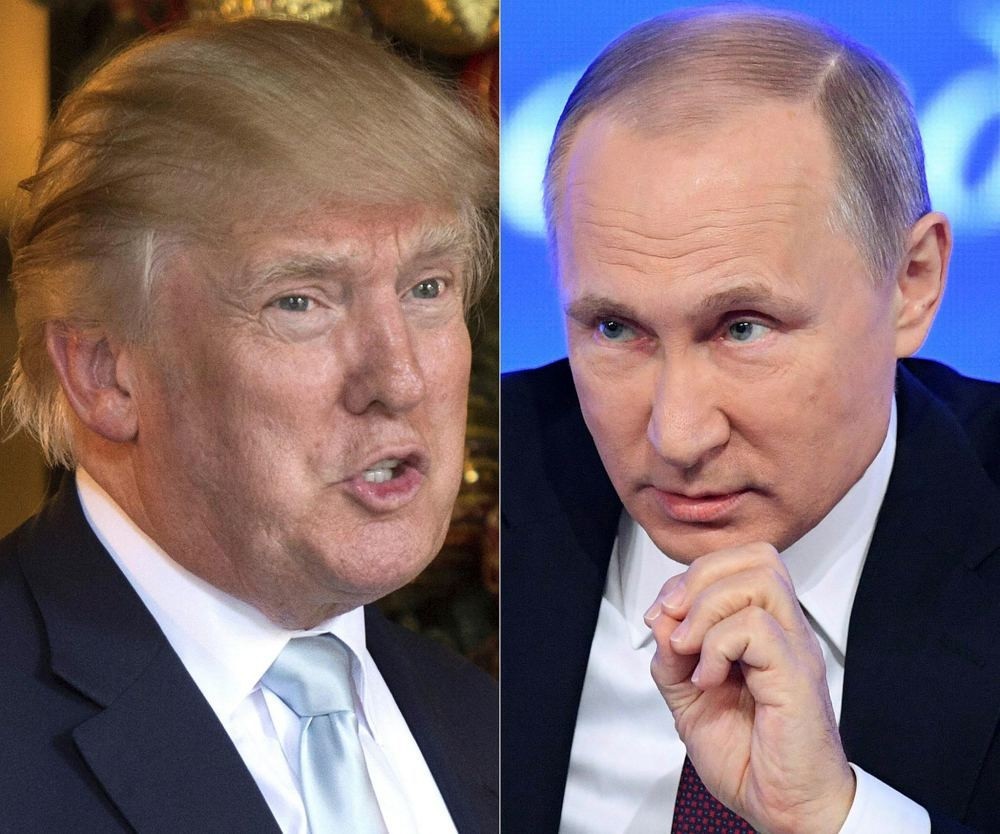 While the Kremlin sees Obama's latest move against Russia as a ‘provocation' to further deteriorate relations with the U.S., Russian President Vladimir Putin looks to President-elect Donald Trump to rebuild U.S.-Russian ties

A plane carrying 35 diplomats expelled from the United States over Russia's alleged meddling in the U.S. presidential election arrived in Moscow early Monday, Russian state television reported. A Russian state news agency said the children of Russian diplomats expelled by the United States are being invited to a holiday gathering at the Kremlin. Some officials complained that the expulsion ruined the families' New Year's Eve celebrations, Russia's main gift-giving festivity. The measures, taken during the last days of Obama's presidency, mark a new post-Cold War low for U.S.-Russian ties. It was not clear whether President-elect Donald Trump, who has repeatedly praised Putin and nominated people seen as friendly toward Moscow to senior administration posts, would seek to roll back the measures once he takes office on Jan. 20. Putin's decision to retaliate against the Obama administration has been interpreted as a sign he is looking to Trump to rebuild U.S.-Russian ties after the U.S. presidential inauguration later this month.

The Kremlin strongman warned that Russia reserved the right to respond but refrained from ordering the tit-for-tat expulsion of American diplomats from Russia, saying Moscow's next move will be "based on the policies pursued by the administration of President Donald Trump."

U.S. President Barack Obama on Thursday ordered the expulsion of 35 Russian suspected spies and imposed sanctions on two Russian intelligence agencies over their involvement in hacking U.S. political groups in the 2016 presidential election.

The expulsions of the diplomats -- described as intelligence operatives based at the Russian embassy in Washington and the consulate in San Francisco -- were part of a package of sanctions ordered by President Barack Obama Thursday in the final weeks of his administration.

Obama also ordered the closure of two Russian compounds in New York and Maryland that the United States said were used "for intelligence-related purposes."

Obama, a Democrat, had promised consequences after U.S. intelligence officials blamed Russia for hacks intended to influence the 2016 election. Officials pointed the finger directly at Russian President Vladimir Putin for personally directing the efforts and primarily targeting Democrats, who put pressure on Obama to respond.

Trump has brushed aside allegations from the CIA and other intelligence agencies that Russia was behind the cyber-attacks. He said on Thursday he would meet with intelligence officials soon.

"It's time for our country to move on to bigger and better things," Trump said in a statement.

"Nevertheless, in the interest of our country and its great people, I will meet with leaders of the intelligence community next week in order to be updated on the facts of this situation," he said, without mentioning Russia.

The Kremlin quickly rejected the U.S.'s accusations of cyber-interference as "unfounded", and vowed to retaliate.

Relations between Washington and Moscow are at their worst since the end of the Cold War, and Obama has previously imposed sanctions over Russia's actions in Syria and Ukraine.
RELATED TOPICS