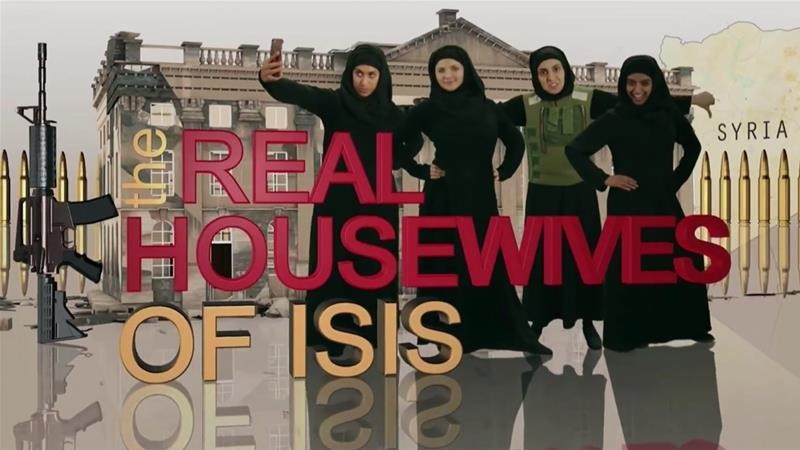 A comedy sketch satirizing British women who left the country to join the Daesh terror group has sparked controversy in the U.K.

The Real Housewives of Isis [Daesh] was aired by public broadcaster BBC on Wednesday as part of a comedy show called Revolting.

In the brief sketch, one of the four British "wives" is portrayed getting prepared to attend a beheading. Another two clash over wearing matching bomb vests. A fourth is seen chained up in a kitchen.

Senior Lecturer in Creative Media at the University of Salford, Prof. Umran Ali told Anadolu Agency the sketch came at a time when Muslims in the U.K. were facing increasing bigotry.

"The feedback from many British Muslims is that they openly welcome satire, but the show was poorly written and made light of ISIL/ISIS's very serious and brutal oppression of women," he said, using the English acronym for the terror group.

"At a time where Muslims in the U.K., in particular Muslim women, are facing increased isolation, bigotry and hatred (i.e. for wearing the hijab), one has to question that anything that potentially further isolates or oppresses a minority does in fact do more harm than good to community relations," he added.

"The British schoolgirls who were groomed by ISIS and later went on to travel to Syria were victims, the same as any other grooming victims, and should be treated as such," Nazar said.

However, one of the sketch writers - Heydon Prowse - told British daily newspaper The Sun it was important not to "pull punches" in tackling difficult subjects.

"It's important not to pull your punches in satire. You have to be fearless or it undermines your credibility. You can't go after [former Prime Minister] David Cameron for five years like we did and not go after Islamic State," he was quoted as saying.