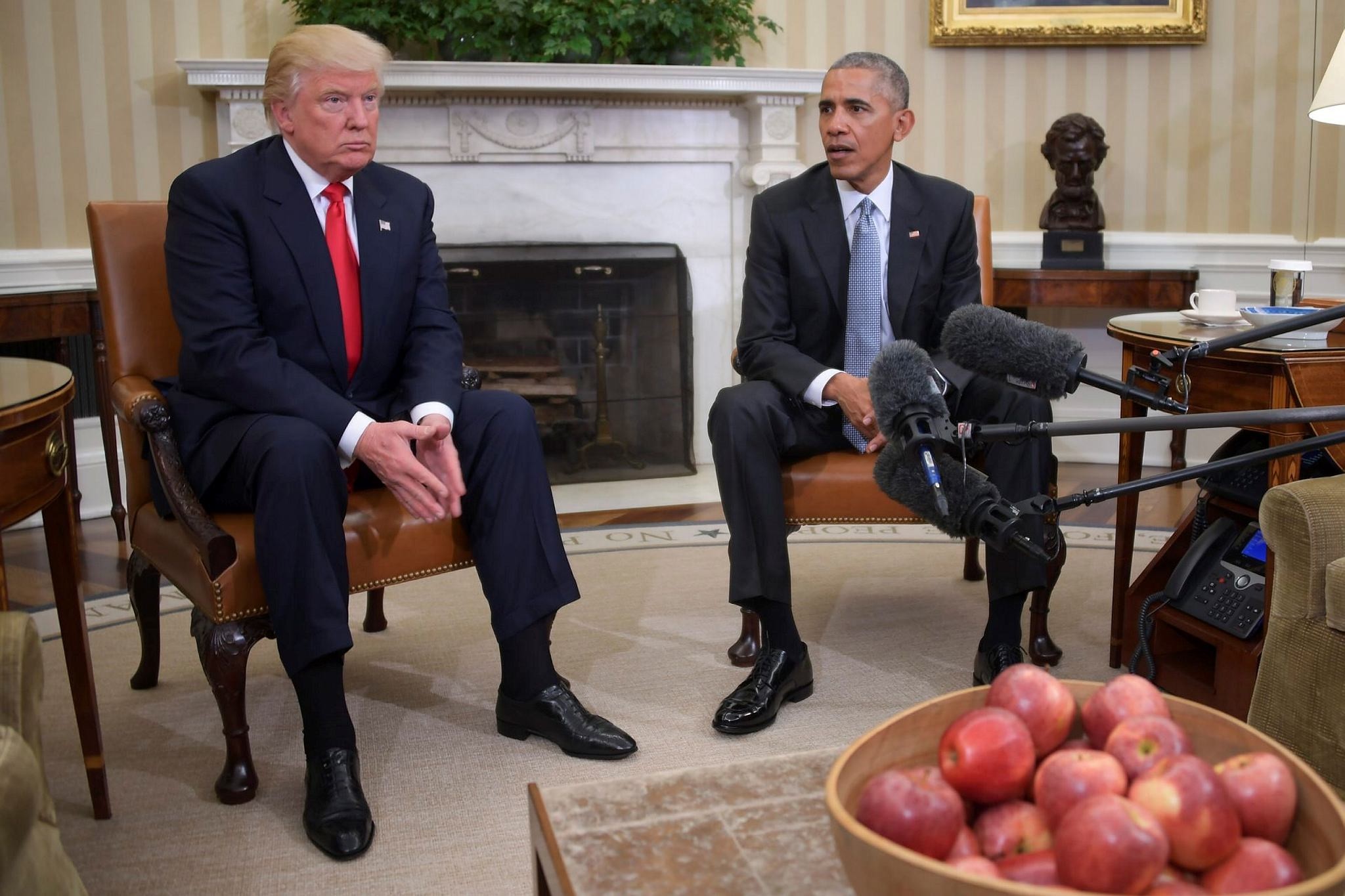 US President Barack Obama meetS with President-elect Donald Trump in the Oval Office at the White House in Washington, DC.
by Compiled from Wire Services
Jan 11, 2017 12:00 am

In a move to further deteriorate relations with Russia, Obama's outgoing administration blacklists a high-ranking official and the suspects in the murder of ex-spy Alexander Litvinenko, while Kremlin slams proposed Senate legislation

The proposed Senate legislation to impose sanctions on Russia over allegations it tried to influence the U.S. presidential election are an attempt to prolong the harm already done to U.S.-Russian ties, the Kremlin said yesterday.

"That's the internal affair of the United States but we see continuing attempts to exclude any kind of dialogue between our two countries and attempts, blow-by-blow, to do further harm to the prospects for our bilateral relations," Kremlin spokesman Dmitry Peskov told a conference call with reporters when asked about the legislation.

Republican Senator John McCain and Democratic Senators Ben Cardin and Robert Menendez said on Monday they would introduce legislation to impose "comprehensive" sanctions on Russia over its attempts to influence the 2016 U.S. election.

The Magnitsky Act, originally passed to allow US officials to impose sanctions on Russians implicated in the 2009 prison death of Russian tax fraud whistle blower Sergei Magnitsky, has been used over the years to blacklist more individuals. The list now includes 44 names whose assets have been frozen under U.S. jurisdiction and others barred from doing business with Americans or receiving U.S. visas.

Russian lawmaker Andrei Lugovoi, one of two men suspected of fatally poisoning Kremlin critic Alexander Litvinenko in 2006, Tuesday dismissed his inclusion in a US sanctions list as "absurd", saying he was "perplexed" by the decision. "I am perplexed," Lugovoi was quoted as saying by RIA Novosti. He added he did not know why he was on the blacklist and had only heard "persons who violated people's rights in some way" ended up on it. "I think that Obama is now rushing, before handing over his prerogatives, to harm and spite Russia in any way he can, and this has led to absurd things."

Before handing over executive power to President-elect Donald Trump on Jan. 20, the Obama administration has made a final push on key areas like Russia, foreign policy and intelligence agencies. Obama has accused the Kremlin of orchestrating cyberattacks aimed at influencing the results of November's White House race. Moscow has repeatedly rejected the accusations, over which Washington last month expelled 35 Russian diplomats allegedly involved in espionage and due to what Obama said was "harassment" of U.S. diplomats in Russia.

Russian President Vladimir Putin earlier rebuked the outgoing president for "unfriendly steps" amounting to "a provocation aimed at further undermining Russian-American relations." The Kremlin strongman warned that Russia reserved the right to respond but refrained from ordering the tit-for-tat expulsion of American diplomats from the country, saying Moscow's next move will be "based on the policies pursued by the administration of President Donald Trump."

Relations between Washington and Moscow are at their worst since the end of the Cold War, while Obama has previously imposed sanctions over Russia's actions in Syria and Ukraine.