Over 32,000 homes left without power in France after storm 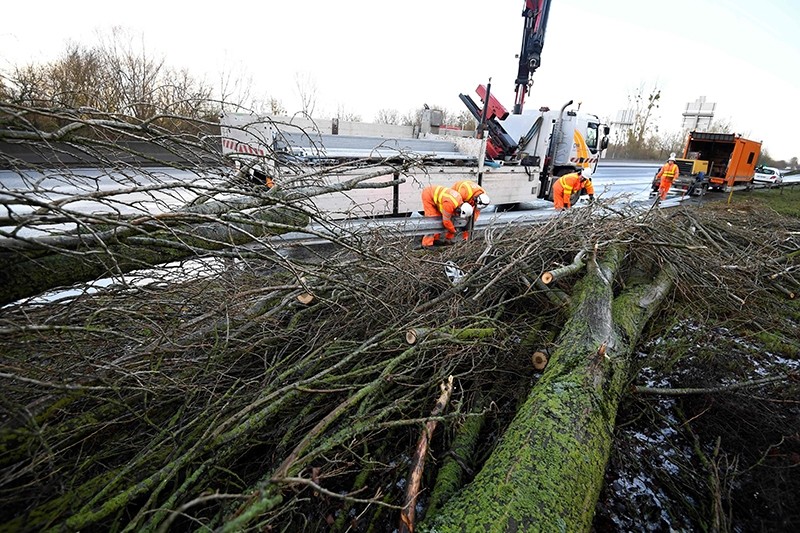 Workers repair a safety barrier after the fall of a tree in Avranches, on January 13, 2017, after a storm hit parts of the country overnight (AFP Photo)
by Jan 14, 2017 12:00 am
Approximately 32,500 homes in France were without electricity on Saturday morning following a strong wind storm, a spokesman for electricity provider Enedis said.

A storm on Thursday evening had killed power to as many as 330,000 homes, with electricity being restored in many areas on Friday.

Enedis' spokesman said the company hoped to have electricity restored to the remaining homes, many in rural areas, by the end of the day on Saturday.

The northern and western regions of France were most heavily hit by the storm, which claimed at least one life in France after a woman was hit by a falling branch.