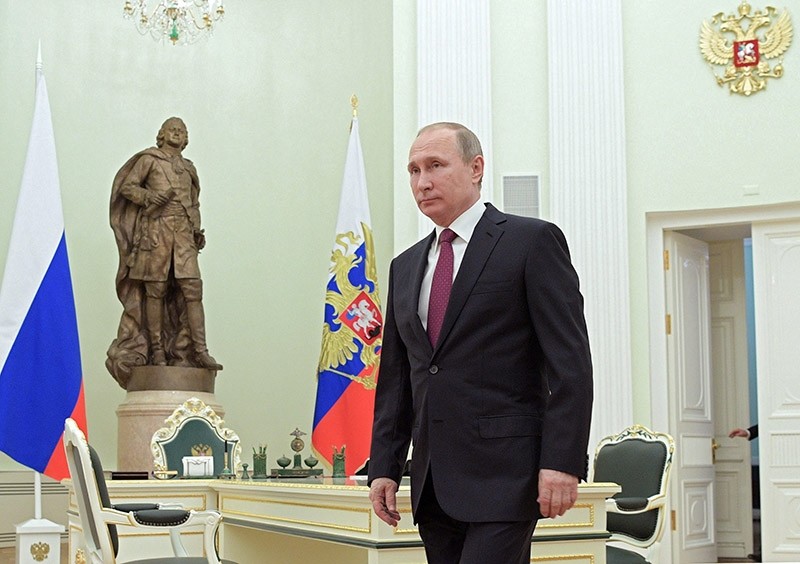 Russian President Vladimir Putin before a meeting with Moldovan President Igor Dodon in the Kremlin in Moscow, Russia, 17 January 2017. (EPA Photo)
by Compiled from Wire Services Jan 17, 2017 12:00 am

Putin, speaking at a news conference in Moscow Tuesday, described a dossier on Trump as part of efforts by the Obama administration to "undermine the legitimacy of the president-elect" despite his "convincing" victory.

Putin dismissed as "fake" the dossier's unverified allegations about Trump's sexual activities at a Moscow hotel. He added that people who ordered it are "worse than prostitutes."

"Trump when he came to Moscow (in 2013)... was not any kind of political figure," Putin said. "Does anyone think that our special services chase every American billionaire? Of course not, it's just completely ridiculous."

Trump has rejected the allegations as "fake news" and "phony stuff."