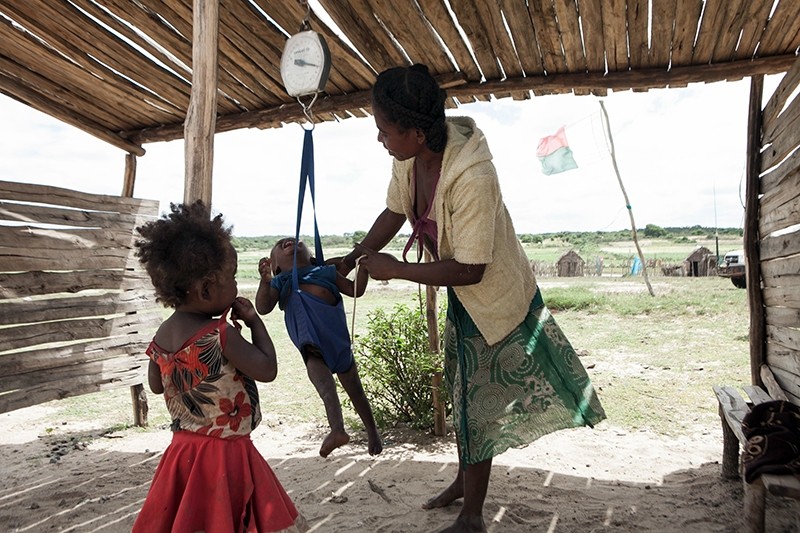 his file photo taken on March 4, 2015 shows a woman checking the weight of her baby at the health center of the village of Imongy, Madagascar (AFP Photo)
by reuters
Jan 25, 2017 12:00 am
Global hunger levels are at their highest for decades with Nigeria, Somalia, South Sudan and Yemen facing the risk of famine and 70 million people in need of food aid, a specialist U.S.-based agency said on Wednesday.

People in 45 countries are unable to feed themselves largely because of conflict, drought and economic instability, the Famine Early Warning Systems Network (FEWS NET) said.

"The combined magnitude, severity, and geographic scope of anticipated emergency food assistance needs during 2017 is unprecedented in recent decades," FEWS NET said in a statement.

In northeastern Nigeria, hit by a seven-year insurgency by Boko Haram terrorists, a study backed by U.N. and other aid agencies suggests famine occurred in 2016 and could be ongoing.

Conflict is disrupting trade and humanitarian access in the first three of these, while Malawi has been hit by poor rains.