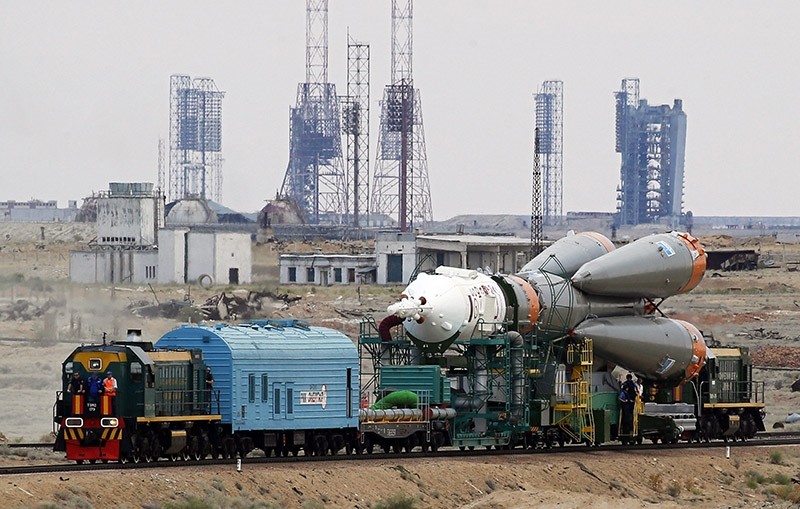 A Russian Soyuz TMA-17M spacecraft is transported to the launchpad by train at the Baikonur Cosmodrome, Kazakhstan. (EPA File Photo)
by Associated Press Feb 22, 2017 12:00 am

An unmanned Russian cargo ship lifted off successfully Wednesday on a supply mission to the International Space Station.

A Soyuz-U booster rocket carrying the Progress MS-05 spacecraft blasted off as scheduled at 11:58 a.m. (0558 GMT) from the Russian-leased Baikonur launch complex in Kazakhstan.

The mission follows the Dec. 1 botched launch of the previous Progress ship, which crashed less than 7 minutes after liftoff, spraying fiery debris over a sparsely populated area in southern Siberia near the border with Mongolia.

An official Russian investigation concluded that the failed launch was caused by a manufacturing flaw in the Soyuz booster's third-stage engine.

Prior to Wednesday's launch, space officials ran rigorous checks of the engines already built and conducted a comprehensive scrutiny of manufacturing facilities.

The launch went on without a hitch and the spacecraft entered a designated preliminary orbit en route to the space outpost. It's set to dock at the station Friday following another batch of supplies arriving later Wednesday, when a Dragon supply ship launched Sunday by SpaceX is set to arrive at the station.