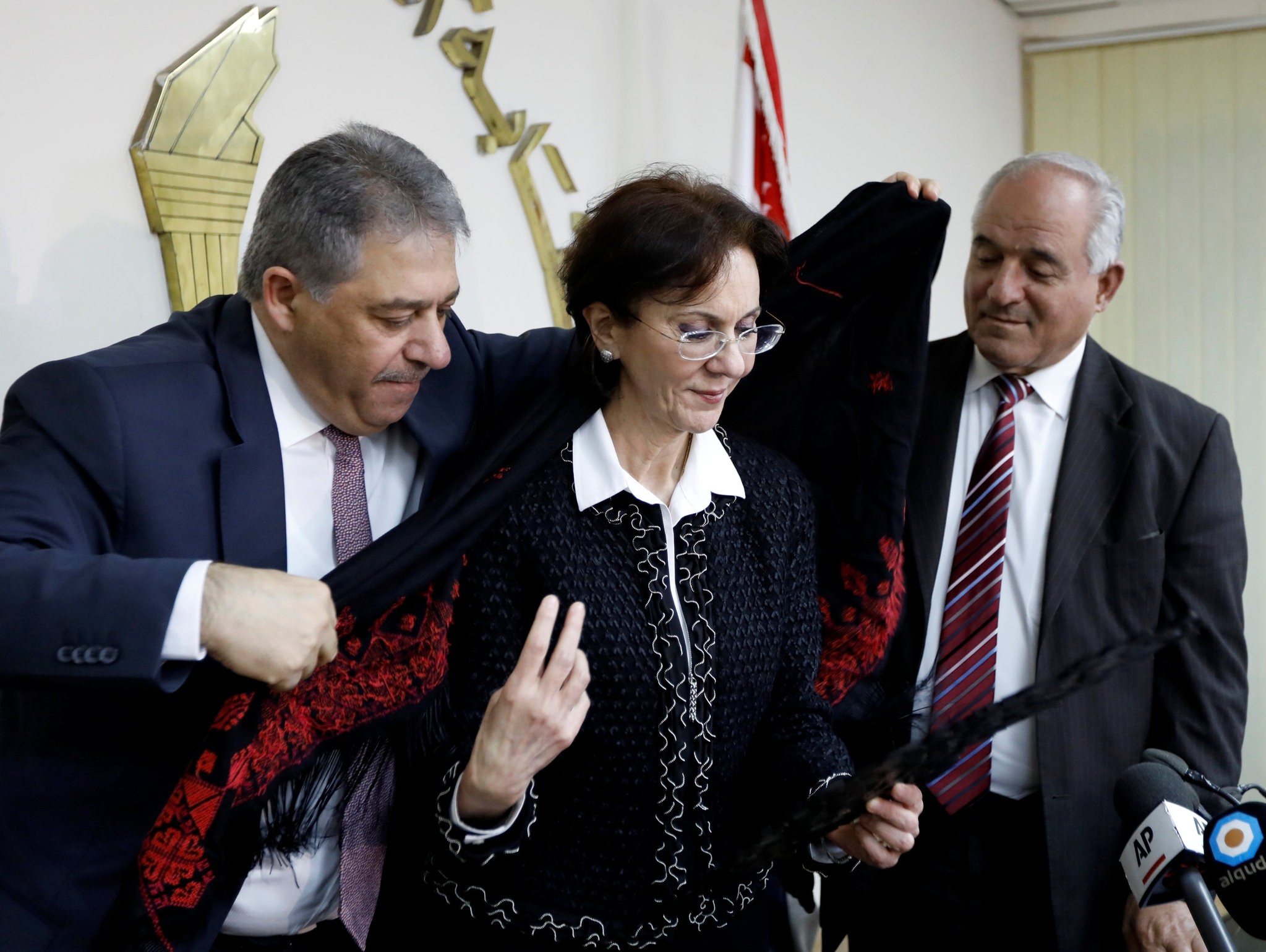 Jordanian UN official Rima Khalaf announced her resignation Friday, saying the secretary general had asked her to withdraw a report in which she accused Israel of being an "apartheid state".

Khalaf, under-secretary general and executive secretary at the UN Economic and Social Commission for Western Asia (ESCWA), told a news conference: "The secretary general asked me yesterday morning to withdraw (the report). I asked him to rethink his decision, he insisted, so I submitted my resignation from the UN."

"We expected of course that Israel and its allies would put huge pressure on the secretary general of the UN so that he would disavow the report, and that they would ask him to withdraw it," she added.

On Wednesday, the United States demanded that Secretary General Antonio Guterres withdraw an ESCWA report accusing Israel of imposing apartheid on the Palestinians.

Guterres had distanced himself from the report entitled "Israeli Practices towards the Palestinian People and the Question of Apartheid".

The report concluded that "available evidence established beyond a reasonable doubt that Israel is guilty of policies and practices that constitute the crime of apartheid".

"Anti-Israel activists do not belong in the UN. It is time to put an end to practice in which UN officials use their position to advance their anti-Israel agenda," Danon said.

"Over the years Khalaf has worked to harm Israel and advocate for the BDS movement. Her removal from the UN is long overdue," he added.

BDS -- Boycott, Divestment and Sanctions -- is a Palestinian-led movement that lobbies for the boycott of Israel over its occupation of Palestinian land.

It says on its website that BDS was "inspired by the South African anti-apartheid movement".

Based in Beirut, ESCWA is comprised of 18 Arab countries, according to its website, which lists the state of Palestine as a full member, and works to strengthen cooperation and promote development.

"The United States is outraged by the report," Washington's UN Ambassador Nikki Haley said in a statement on Wednesday.

"That such anti-Israel propaganda would come from a body whose membership nearly universally does not recognize Israel is unsurprising," she said.

UN spokesman Stephane Dujarric said on Wednesday "the report as it stands does not reflect the views of the secretary general" and was done without consultations with the UN secretariat.