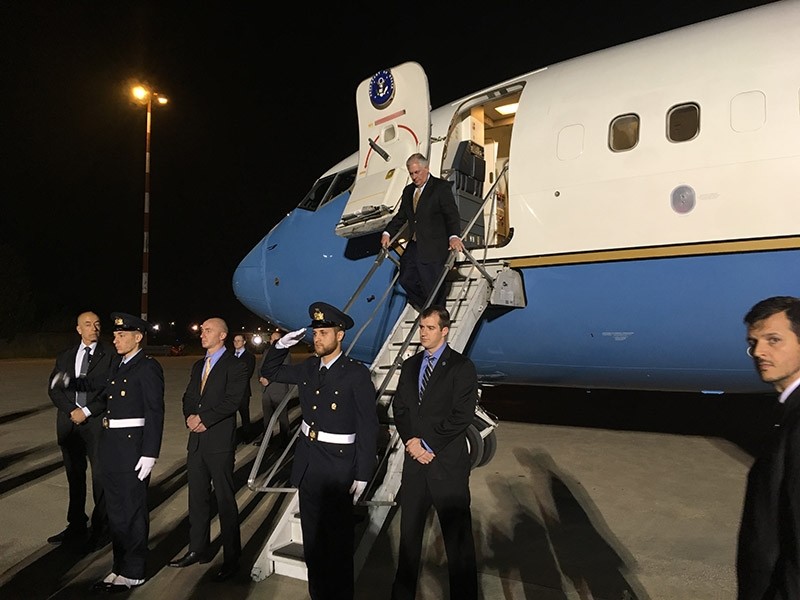 Foreign ministers from the Group of Seven major industrialized nations meet on Monday for an annual gathering, with Europe and Japan seeking clarity from the United States on an array of issues, especially Syria.

The two-day summit in Tuscany comes as the United States moves a Navy strike group near the Korean peninsula amid concerns over North Korea's nuclear ambitions, and as the West's relations with Russia struggle to overcome years of mistrust.

But the civil war in Syria is likely to dominate talks, with Italy hoping for a final communique that will reinforce United Nations' efforts to end six years of conflict.

The meeting will give Italy, Germany, France, Britain, Canada and Japan their first chance to grill the new U.S. Secretary of State Rex Tillerson on whether Washington is now committed to overthrowing Syria's Assad.

President Donald Trump had hinted he would be less interventionist than his predecessors and more willing to turn a blind eye to human rights abuses if it was in U.S. interests.

Given this, the U.S. attack on Syria last week in retaliation for what it said was a chemical weapons attack by the Assad regime on Syrian civilians confounded many diplomats.

However, there is uncertainty over whether Washington now wants Assad out, as many Europeans are pushing for, or whether the missile strikes were simply a warning shot.

The U.S. Ambassador to the United Nations Nikki Haley said at the weekend that regime change in Syria was a priority for Trump, while Tillerson said on Saturday the first priority was the defeat of Daesh.

The mixed messages have confused and frustrated European allies, who are eager for full U.S. support for a political solution based on a transfer of power in Damascus.

"The Americans say they agree, but there's nothing to show for it behind (the scenes). They are absent from this and are navigating aimlessly in the dark," said a senior European diplomat, who declined to be named.

Meanwhile, Russian President Vladimir Putin - whose country was suspended from the G8 after it annexed Ukraine's Crimea peninsula in 2014 - slammed the U.S. strike as an "aggression against a sovereign country," according to state media.

The war of words has not gone without response from the West. British Foreign Secretary Boris Johnson cancelled a planned trip to Moscow, while London said Russia was responsible "by proxy" for civilian deaths in an apparent chemical weapons attack in the Syrian town of Khan Sheikhoun, which prompted the U.S. strike.

Tillerson, who is scheduled to meet his Russian counterpart Sergey Lavrov after the G7 summit, said "it's time for the Russians to think carefully about their continued support for the Assad regime," a senior U.S. State Department official told reporters at a conference call.

The G7 is made up of Britain, Canada, France, Germany, Italy, Japan, and the United States. Representatives from the EU will also attend.