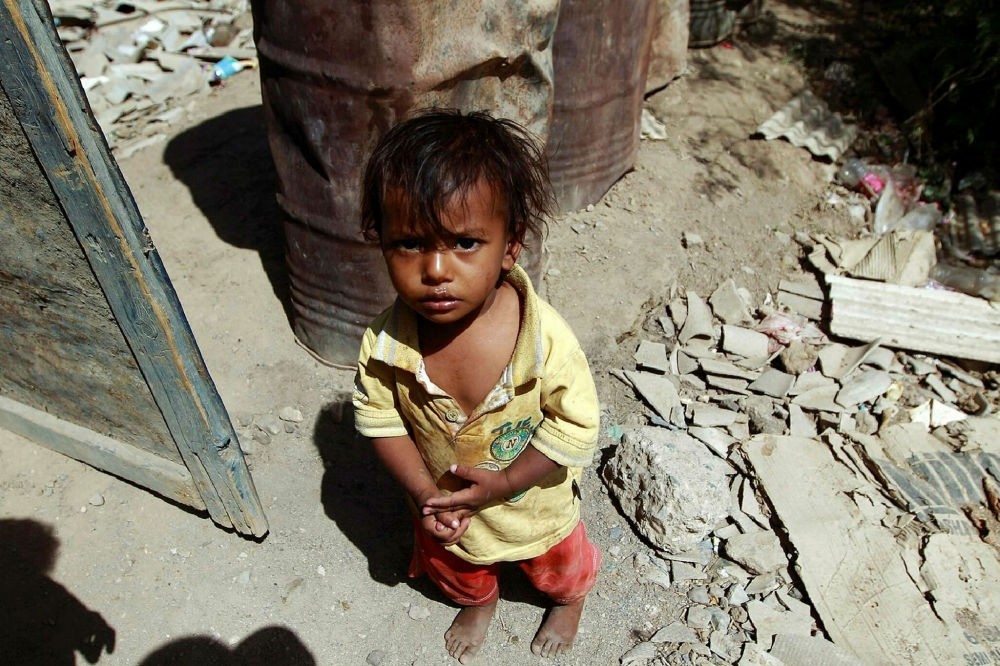 Hundreds of thousands of children in Yemen face life-threatening starvation due to the ongoing civil war.
by Compiled from Wire Services May 06, 2017 12:00 am

The more people go hungry at home the more likely they are to migrate, according to the United Nations as the world grapples with four potential famines simultaneously for the first time in recent history

If governments want to curb global migration flows, they should tackle the hunger crises that are displacing so many people from their homes, the United Nations' food aid agency said on Friday.

The message from the World Food Program (WFP) comes as Western countries are veering toward restrictive migration policies, while record crossings and deaths are recorded in the Mediterranean Sea.

The number of people fleeing a country increases by 1.9 percent for each percentage increase of food insecurity, WFP said in the first report called "At the Root of Exodus: Food security, conflict and international migration" to comprehensively analyze the link between hunger and migration.

"By understanding the dynamics that compel people to move, we can better address what lies at the heart of forced migration and what must be done to end their suffering," said WFP Executive Director David Beasley. More than 20 million people risk dying from starvation because of drought and conflict in Yemen, Somalia, South Sudan and northeast Nigeria, while more than 100 million face acute malnutrition worldwide, according to the United Nations.

Famine was declared in some areas of South Sudan in February - the first official famine in six years.

"We had to eat grass to survive. My kids stayed up all night crying because they were hungry," a woman who fled Syria to Jordan with her family was quoted as saying.

A record 65.3 million people were uprooted worldwide in 2015, according to U.N. data. Some 1.6 million refugees and migrants reached the European Union in 2014-2016 leading to disputes on how to share the burden among member states.

As hundreds of young Africans living in hit crisis-hit countries have been bound for Libya to reach European shores, the central Mediterranean route between Libya and Italy has become the deadliest route migrants ply anywhere, the U.N. migration agency, the International Organization for Migration (IOM) said.

The sea crossing from Libya to Italy, operated by people-smugglers based in the North African country, is now the main route for migrants bound for Europe.

In Libya, the turmoil engulfing this North African country has become a death trap for thousands of migrants, most of them from sub-Saharan African countries, seeking to escape poverty and find a better life in Europe.
RELATED TOPICS