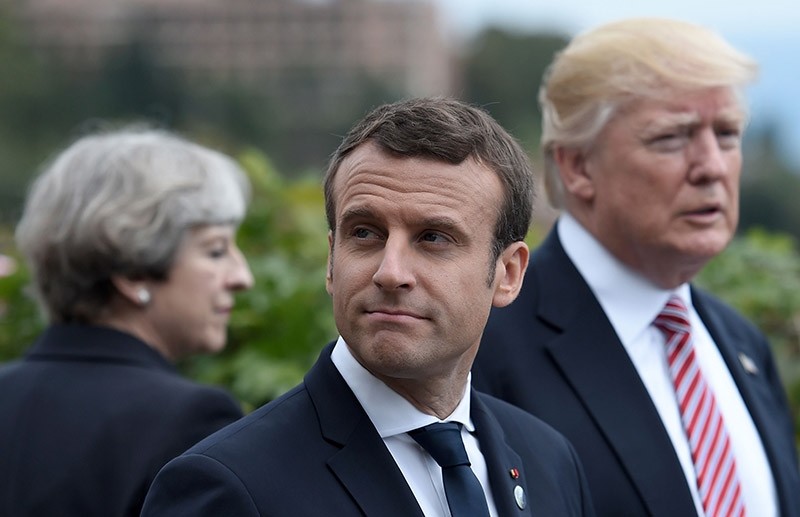 French President Emmanuel Macron has responded to the U.S. decision to withdraw from the global climate accord with a new version of Donald Trump's campaign slogan "make America great again."

Following Trump's formal announcement Thursday, Macron posted a video on his official Twitter account, in which he pledged to "make our planet great again."

In his video, Macron called everyone to remain confident, underlining that France was fully committed to the agreement.

"Because wherever we live, whoever we are, we all share the same responsibility. Make our planet great again," Macron said.

To all scientists, engineers, entrepreneurs, responsible citizens who were disappointed by the decision of the US: pic.twitter.com/qxjPX8MhKt


The French president also offered a new home for those "scientists, engineers, entrepreneurs [and] responsible citizens who were disappointed" by the U.S. president's move to ditch the much-debated deal.

"I call on them, come, and work here with us. To work together on concrete solutions for our climate, our environment. I can assure you that France will not give up the fight," he said.

Before posting his video, Macron also warned that climate change was already changing daily life, adding that this was not the future "we want for our world."

Climate change is already changing our daily lives. It's not the future we want for our world.

The U.S. decision to pull out of the global climate accord has drawn harsh criticism from leaders all around the world.

Germany, France and Italy issued a joint statement, in which the three countries underlined that a renegotiation of the agreement was not possible.

They reaffirmed their commitment to implement the deal and called for all partners to further step up efforts to combat climate change.

Others like China, Russia, India and Mexico also quickly signaled to unite to save "Mother Earth."

The Obama administration previously pledged in 2015 the U.S. commitment to the agreement, planning to cut its greenhouse gas emission 26 to 28 percent by 2025.