No one would survive, Putin says on war with US 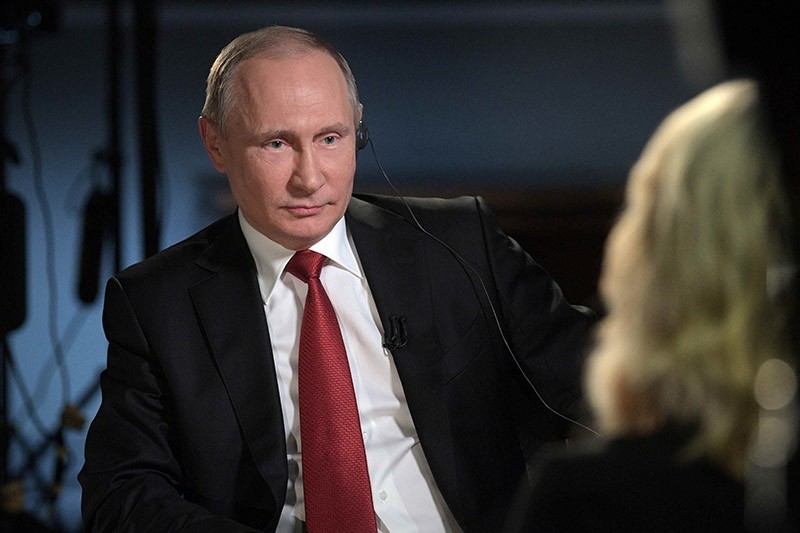 Russian President Vladimir Putin said that a nuclear war between the United States and Russia would have devastating consequences.

Speaking to the Oscar-winning director Oliver Stone as part of a TV series, Putin offered viewers some insight into his world as leader of Russia.

Asked whether the U.S. would be "dominant" in the event of a "hot war" between the two states, which are both known for their nuclear capacities, Putin said bluntly, "I don't think anyone would survive such a conflict."

Shooting for the "The Putin Interviews" started in the summer of 2015 and ended February this year. Showtime previously released some short teasers of the series, which will air next week.

In one clip, Stone asked Putin if there was "any hope of change" regarding the strained relations between the U.S. and Russia.

"There is always hope. Until they are ready to bring us to the cemetery and bury us," Putin answered.

Putin also discussed his suspicions about NATO in another teaser, where he claimed that it was hard for NATO members to resist the pressures of the U.S.

"And all of a sudden any weapons system can be placed in this country. An anti-ballistic missile system, new military bases and if need be, new offensive systems," Putin said, explaining strategies of defense against the NATO "threat" expanding towards Russian borders.

"We have to aim our missile systems at facilities that are threatening us. The situation becomes more tense," Putin added.

The Russian president also implicitly confirmed during his interviews with Stone that he had survived several assassination attempts, emphasizing trust for his security officers, who he said perform "quite successfully."

Former NSA contractor Edward Snowden, who was granted asylum in Russia after leaking classified documents about U.S. spying, Fidel Castro, former presidential candidate Hilary Clinton and Russia's policy towards the LBGTQ community are also among the other issues that were discussed during the interviews.

The U.S. journalist tried to ask whether Russia had interfered in the U.S. election or had business dealings with President Donald Trump, however Putin countered both inquiries with cold and mocking answers.