One in five children in developed countries lives in relative poverty, UN says 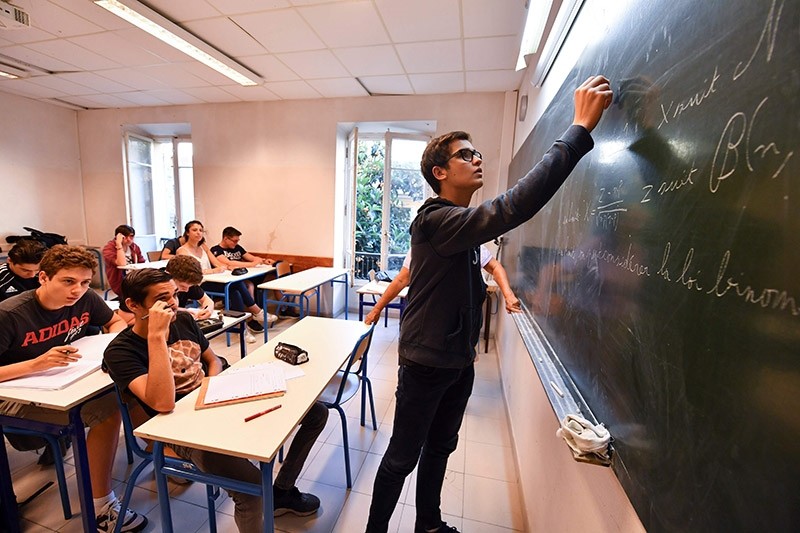 A picture taken on May 30, 2017 in Nice shows students attending a mathematic class at the Michelet high school for gifted children. (AFP Photo)
by French Press Agency - AFP
Jun 15, 2017 12:00 am

One in five children in rich countries lives in relative poverty, according to a UNICEF report published Thursday that put the US and New Zealand among the world's worst performers for youth well-being.

Nearly 13 percent of children in those countries lack access to sufficient safe and nutritious food, the report said, with that number rising to 20 percent in the US and Britain.

"Higher incomes do not automatically lead to improved outcomes for all children, and may indeed deepen inequalities," said Sarah Cook, director of the UNICEF Innocenti research office that published the study.

"Governments in all countries need to take action to ensure the gaps are reduced and progress is made," she said.

Germany and the Nordic countries topped the list while Romania, Bulgaria and Chile came in at the bottom, with New Zealand and the US in 34th and 37th place respectively.

The US had relatively low scores in terms of poverty, hunger, health, education and inequality.

New Zealand performed particularly badly in terms of adolescent mental health, with the highest suicide rate in the world for people aged 15 to 19 -- almost three times the average for the countries surveyed.

In response to the report, the New Zealand Psychological Society said there was no excuse for such statistics in a wealthy developed nation.

"These statistics paint a picture of many young people being left behind in a country that should be able to provide for all," society president Quentin Abraham said.

"This report calls for action from the government and us all to develop policies that make sure children and young people are able to lead full and active lives."

The Child Poverty Action Group said the figures were "depressing" and pointed out that child health care subsidies in New Zealand stopped at 13, when they were entering the vulnerable teenage years.

The number of adolescents reporting mental health problems is increasing in the majority of the countries included in the study, along with the rate of obesity among young people.

Even in Japan and Finland, among the best performing countries in the list, around a fifth of 15-year-olds do not reach baseline educational standards, the report said as it called for greater focus on disadvantaged groups.