Over 100,000 migrants crossed Mediterranean to EU since Jan, UN says 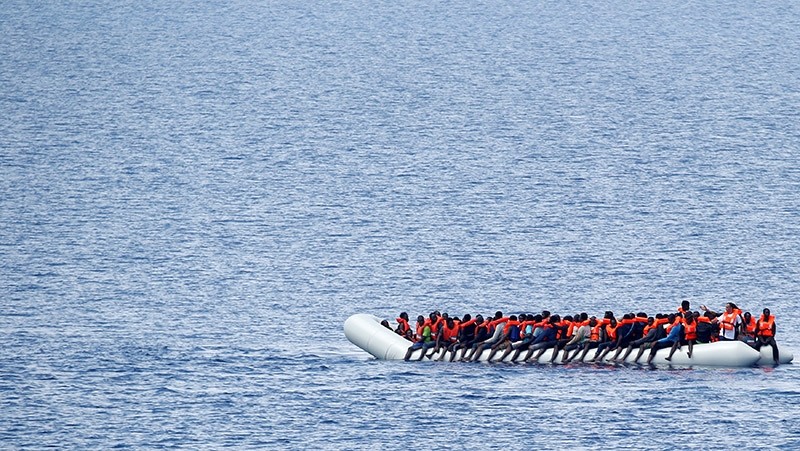 More than 100,000 migrants and refugees have made the perilous journey across the Mediterranean to Europe since the beginning of the year, and 2,247 have died trying, the UN said Tuesday.

Between January 1 and July 3, more than 85,000 migrants landed in Italy, nearly 9,300 arrived in Greece, nearly 6,500 arrived in Spain and over 270 landed in Cyprus, the UN's International Organization for Migration (IOM) said.

While the numbers are staggering, they remain far below last year's figures.

But at that time most of the migrants were crossing from Turkey to Greece, and an EU deal with Ankara in March last year effectively hit the breaks on that movement.

So far this year, Italy has meanwhile taken in nearly 85 percent of the people crossing the Mediterranean.

Rome will on Thursday host a meeting of foreign ministers from European and African countries affected by the migrant crisis, in addition to EU and UN representatives.

Italy has been pushing for other European countries to open up their ports to rescue ships in order to share the burden.

"The reception of rescued migrants cannot be seen as an issue only for Italy, but a matter for Europe as a whole," he said in a statement.

The UN refugee agency has also warned that Italy cannot continue absorbing the tens of thousands of migrants landing on its shores on its own.

"This is not sustainable. We need to have other countries joining Italy and sharing that responsibility," Vincent Cochetel, the agency's special envoy for the central Mediterranean, said Monday.