Trump to warn future of the West in doubt in Poland speech, US officials say 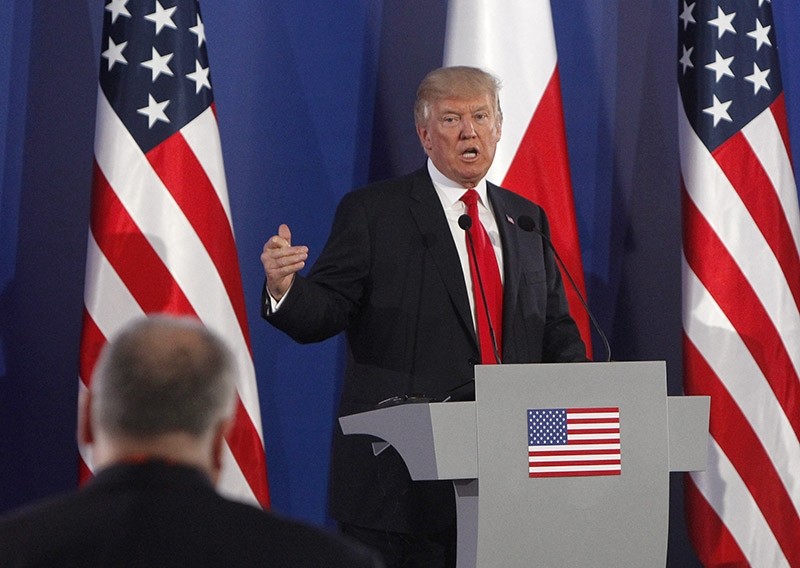 U.S. President Donald Trump is expected to warn Thursday the future of the West is in doubt in his Poland speech ahead of the G20 meeting in Germany's Hamburg.

According to U.S. officials, the warning comes amid increasing tensions over North Korea and the Qatar crisis between Gulf states.

Trump is expected to warn that the "fundamental question of our time is whether the West has the will to survive," the Independent reported U.S. officials saying.

"A memorandum was signed tonight that the U.S. government has agreed to sell Poland Patriot missiles in the most modern configuration," Macierewicz said in a news conference broadcast on public television on Thursday morning.

"I am glad that I can pass on this information on the day of President's Trump visit to Warsaw," Macierewicz also said.

The U.S. president arrived on Wednesday in Warsaw where the White House said he would showcase his commitment to the North Atlantic Treaty Organization (NATO) in a speech and in meetings with a group of nations closest to Russia on his way to the G20 summit in Germany on Friday and Saturday.

In Poland, Trump has a willing host in the form of President Andrzej Duda, whose rightwing politics resemble his own.

Trump will take the stage at Warsaw's historic Krasinski Square, with organizers expecting thousands -- perhaps tens of thousands -- to attend, many arriving on free buses laid on by Poland's ruling party.

"It is important that President Trump feel good about his visit to Poland," Stanislaw Pieta, a member of parliament for the Party of Law and Justice told the AFP.

That should provide welcome relief from the cool reception he is likely to receive elsewhere.

"After his disastrous trip to Brussels and Taormina, friendly pictures with European leaders and cheering crowds at his public speech could help Trump repair his image at home," said Piotr Buras of the European Council on Foreign Relations.

During the speech at Krasinski Square -- which memorializes the Warsaw uprising against Nazi occupation -- Trump "will lay out a vision, not only for America's future relationship with Europe, but the future of our transatlantic alliance and what that means for American security and American prosperity," said national security adviser HR McMaster.

In March Poland said it expected to sign a deal worth up to $7.6 billion with U.S. firm Raytheon to buy eight Patriot missile defense systems by the end of the year.

Warsaw sees the deal as central to a thorough modernization of its armed forces by 2023.