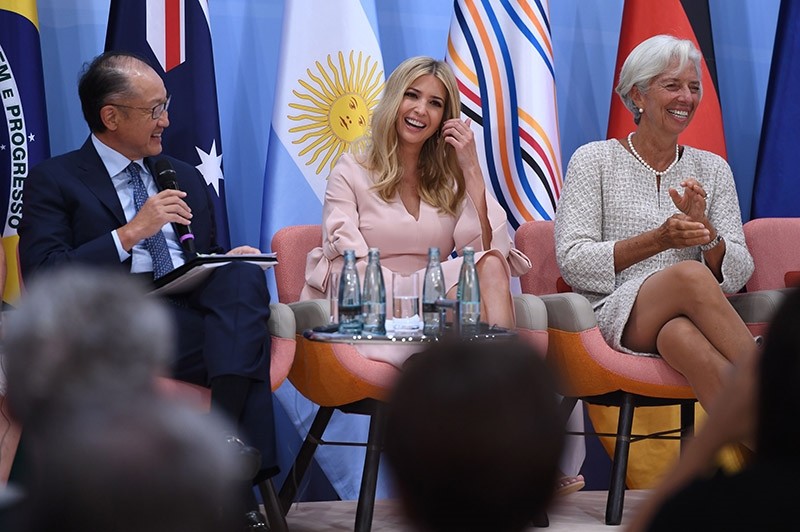 World Bank Group President Jim Yong Kim, the daughter of the U.S. President, Ivanka Trump, and the Managing Director of the International Monetary Fund (IMF) Christine Lagarde attend a panel at the G20 summit in Germany, July 8, 2017. (AFP Photo)
by Compiled from Wire Services Jul 08, 2017 12:00 am

Ivanka Trump caused a furor online when she briefly sat in the seat of her father, U.S. President Donald Trump, at a Group of 20 meeting on Saturday, but German Chancellor Angela Merkel said the move was not unusual.

Merkel told reporters that delegations decide themselves who sits at the table when their president isn't there. She noted that "Ivanka Trump belonged to the American delegation, so that is in line with what other delegations do. And it is known that she works at the White House and carries responsibility for certain initiatives."

Ivanka Trump is a close confidante and advisor to her father who had been attending the summit in Hamburg, and took Trump's place in the main session when he left to attend a bilateral meeting with another leader.

A photo of Ivanka Trump sitting between Chinese President Xi Jinping and British Prime Minister Theresa May had drawn attention on Twitter after it was shared by a Russian official.