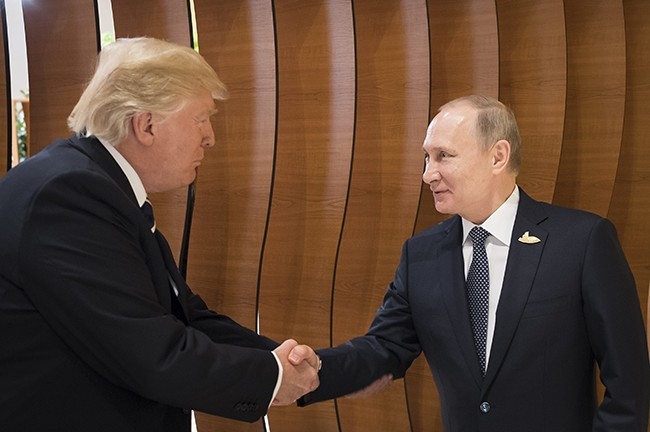 According to a White House official briefed on the meeting by Secretary of State Rex Tillerson who spoke to The New York Times, the exchange between the two presidents "at times, became heated."

Putin reportedly raised his voice while demanding concrete evidence of Russian interference from Trump, who played down Russian meddling in the 2016 election prior to the meeting, saying "no one knows for sure" whether Moscow intervened.

After more discussion, Trump supposedly told Putin that it was time to move on to other issues, including Syria, Tillerson told journalists.

The first ever meeting between Trump and Putin took place on the sidelines of the Group of 20 summit in northern German city of Hamburg on Friday.

The talks were scheduled to last 30-40 minutes, but the two presidents ended up running nearly twice as long as planned.

"One of the reasons it took a long time... is because once they met and got acquainted with one another fairly quickly, there was so much to talk about. There was just such a level of engagement and exchange that neither of them wanted to stop," Tillerson told reporters.

He said the two men connected quickly and had "a very clear positive chemistry."

"Several times I had to remind the president. People were sticking their heads in the door. They even ... sent the first lady at one point to see if they could get us out of there. But it didn't work," Tillerson said.

"We went another hour after she came in to see us. Clearly she failed," he added.